Our Favourite Soft Play Centres in Chelmsford and Essex

Home » Our Favourite Soft Play Centres in Chelmsford and Essex

As parents to young children, we may have different ideas about parenting, but we all have one thing in common: we just want an easy life. With that in mind I decided to put together a list of my fave local soft play centres – and awarded them for their respective benefits. I know they’re all basically hell on earth for mums and dads alike (if you actively enjoy soft play then you’re doing it wrong). But if you’re going to do it, then you may as well enjoy the refreshments and WiFi. Here are the best soft play in Chelmsford and Essex.

Every day when we haul ourselves out of bed to begin the breakfast routine I’m sure none of us are immune to sending up a silent prayer for our littles to wake up in a good mood and not give us grief the whole day long.

If you’re anything like me, an extension of that is finding activities outside of the house which are bearable: we need to find a safe haven in which our toddlers can be entertained. With, ideally, minimum input from us – just for the time it takes to throw back a cup of coffee and annihilate a slab of cake whilst simultaneously attempting the fastest-catch-up-known-to-man with our crew.

This is not about the kids having a nice time (if there’s mischief to be made they’ll be happy anywhere); this is about us parents surviving the tedium that is soft play.

As parents we’ve had to (grudgingly?) accept that that getting hammered whilst in charge of a small person is not socially acceptable. Inevitably, we’ve replaced one substance for another.

I know there are saintly types who this won’t apply to – I’ve even met one IRL – but for the rest of us, this makes caffeine a prerequisite for soft play. Whatever your poison, a decent cup of it is essential: anywhere serving hot drinks which look like they’ve been scooped out of the washing up bowl are vetoed.

While Peapod is not technically ‘soft play’ and their play area is limited, they have such an awesome cafe that they’ve made this list (more than once) regardless. Their coffee rivals that of your favourite high street haunts, offering a wide variety of tasty choices – though do expect to pay for the privilege.

You May Also Like...   Why We’re Choosing a Villa Over a Hotel For Our Summer Holiday

After coffee, good food is the next essential. What this means to you may vary depending on the day of the week, the quality of sleep you managed last night, whether you’re currently pregnant/breastfeeding/hungover – so I’ve created a separate award for cake. This particular award is for the savoury delights available.

Peapod has some incredible lunch options, including my own favourite which I now regularly recreate at home: poached egg and avocado on toast, with crumbled feta, toasted pine nuts and pomegranate seeds. Delish. 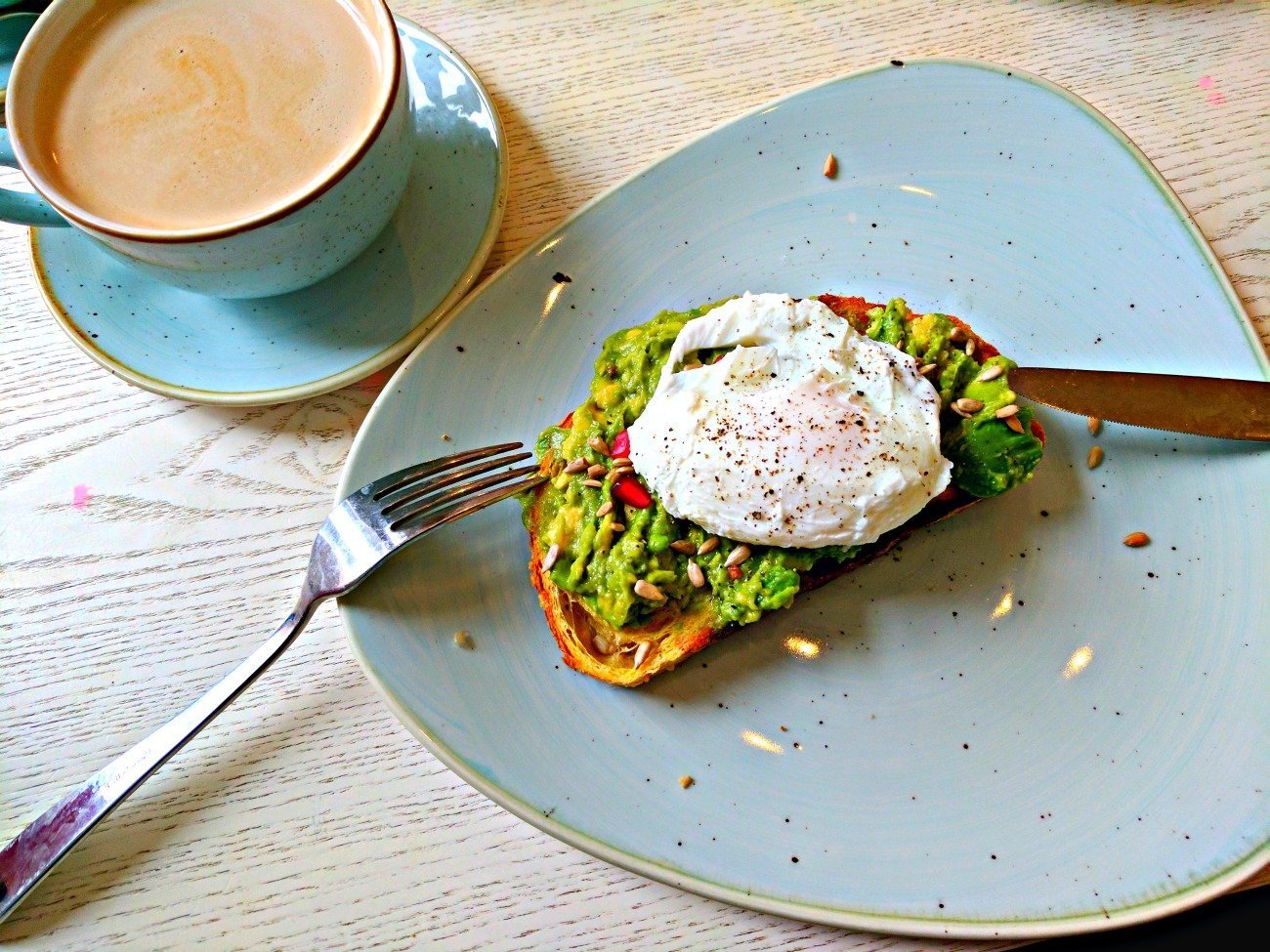 Of course, more often than not, due to severe sleep-deprivation the second thing us parents crave after coffee is cake. We want an instant hit of fat and sugar to ease the caffeine down.

This is pretty pathetic to admit, but I’m nothing if not honest: I spent months during the early days as a mother where I literally planned my day around cake.

Again, Peapod take (half of) the trophy. They offer afternoon tea (which can be upgraded to include bubbles!) as well as a spread of fabulous wares. If you want indulgent, look no further.

However, excluding Let’s Go Bonkers as a worthy joint winner of this award would be sacrilege. I’ve not been for a while, but they always had immense muffins: the top was scooped out and filled with melt-in-the-mouth deliciousness (buttercream). I’m not ashamed to admit I went through a period of being quite addicted because they always hit the spot.

There are lots of considerations when it comes to the best soft play to attend, and much of this comes down to location in terms of:

Whilst Let’s Go Bonkers is a bit of a drive for me (30 minutes), its locale (and cake) totally make it worth it. Admittedly, the parking leaves a little to be desired when it gets busy – but the train station is a few hundred yards away. Plus, there’s also a park and a (very little) beach with a really lovely seawall within walking distance. In the summer it’s one of our favourite destinations.

White Elm is a hidden gem. There’s a lovely little farm area and the restaurant is not bad either. We’ve not been in a while but Pixie always seemed to really like the indoor soft play and outside play area too. Plus there are some cute little cabin-style shops with one-off businesses if you fancy having a mooch and a browse.

You May Also Like...   Creepy Crawlies Birthday Party Review - We Loved It! 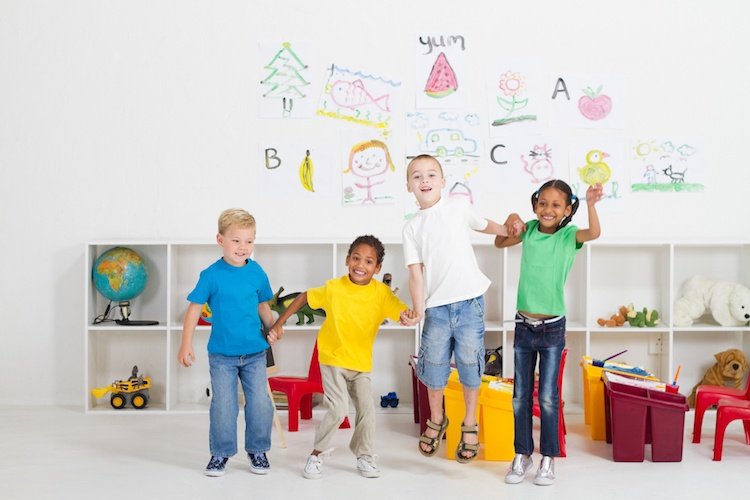 If there’s not enough to keep them entertained then is there even any point dragging yourself there in the first place?

Mace Playce puts on undeniably fantastic entertainment – at no extra cost. Even the appalling spelling of their name, which makes my skin itch, is not enough to deter me from crowning them winner in this category.

Obviously, despite not really wanting to frequent soft play frequently, it happens more often that we’d ideally choose. Therefore, it needs to be cheap.

Whilst this venue is relatively basic, I discovered something awesome by accident: if you arrive at 3pm onwards (perfect for after naptime), it’s half price. And usually empty. BOOM. (Please don’t all now ruin my afternoon peace.)

It’s sometimes necessary to have good wifi, as a blogger I understand that better than most… However – I cannot, in all good conscience, call this. Here’s why:

When I’ve visited soft play in Chelmsford and Essex, it’s been with small children. If I were asked to describe either of my young daughters’ characters I’d tell you that as toddlers they’ve been precocious, feisty, funny, smart and kind.

They’ve been all of these things, it’s true. But, as with all young children, they’re also unpredictable and impulsive. Whilst it’s not in my girls’ nature to be spiteful for the sake of being nasty, toddlers are notorious for lashing out if cornered or threatened with having a toy taken away, etc.

I try my best to control and discipline these undesirable behaviours – but I also acknowledge that they’re normal and it’s not possible to completely prevent them.

Therefore, I do not view soft play as a creche for small children. Never have, never will (although now Pixie is older it’s lovely to be able to let her have a little independence!). In my opinion, until we can fully trust our children to have enough self-restraint to not lash out when they’re cross, we should be by their side – or at the very least, as they get a little older, be very aware of where they are and what they’re doing – as I still am with Pixie.

So, while I may have used WiFi briefly in one or two soft play centres, I have not used them all and not for long enough to issue an award – it wouldn’t be fair.

But I’d love for you guys with older ones to offer your verdicts here!

I can’t relax around a lot of mess or filth. The chaos of soft play is inevitable and I’ve learned not to see it, for the most part. However when it comes to sticky anything and ground-in stains on carpets and soft furnishings – that’s inexcusable. I can deal with tired equipment – if it’s clean. I kind of think that’s a basic requirement for a child’s play area, no? Especially for tiny ones. If only all venues agreed…

You May Also Like...   Planning Our Next Family Trip: A Staycation in Norfolk

I cannot fault Let’s Go Bonkers. No soft play will ever be 100% immaculate, but this is as close you’re going to get. It’s bright, fresh – and it always looks well-maintained and clean.

Though I have a strong opinion about supervision of children in these establishments, I absolutely understand the need to encourage independence and to take the load off for ten minutes as the little horrors reach a certain age. However, this is only possible if the layout of the centre is conducive. Ideally, it will be fairly open with a 360° view of the room: there should be minimal places to hide.

Though Creepy Crawlies is arguably a little tired and lacks natural light, the layout of the apparatus is superior to anywhere else we visit. I can sit at a table and be confident that the girls won’t be too far away or out of sight for too long. (For the record I wouldn’t be comfortable doing this when it’s very busy, but when we have the place to ourselves and they’re with friends we know, I trust that the little ones will behave!)

No explanation required, and overall Let’s Go Bonkers trumps all competition in my opinion.

My hubby thinks it’s wrong of me not to include 360 Play (Basildon) somewhere in the awards. However, after careful consideration I decided that though there’s a lot there for kids, there’s really nothing there for me while my children still require any significant level of supervision.

Also, it’s enormous and gets packed out, and therefore noisy. It’s basically my worst nightmare with nothing to offset that. So yes, for those saintly types who believe motherhood is 100% about their child/ren, you won’t go wrong. But for anyone trying to retain their last shred of sanity, I’d swerve it until you can legitimately hide out in the cafe.

Do you agree with my selections? Which is your favourite soft play in Essex, and are there any I’ve missed that you’d recommend we visit? 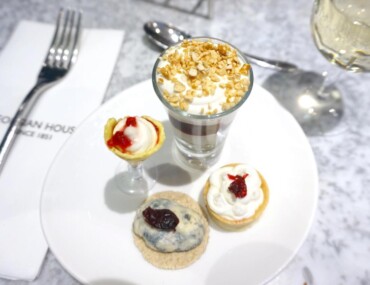 5 Reasons I Want to Return to Australia With My Family 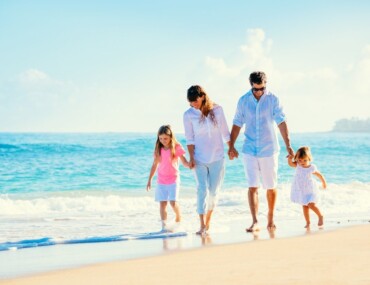