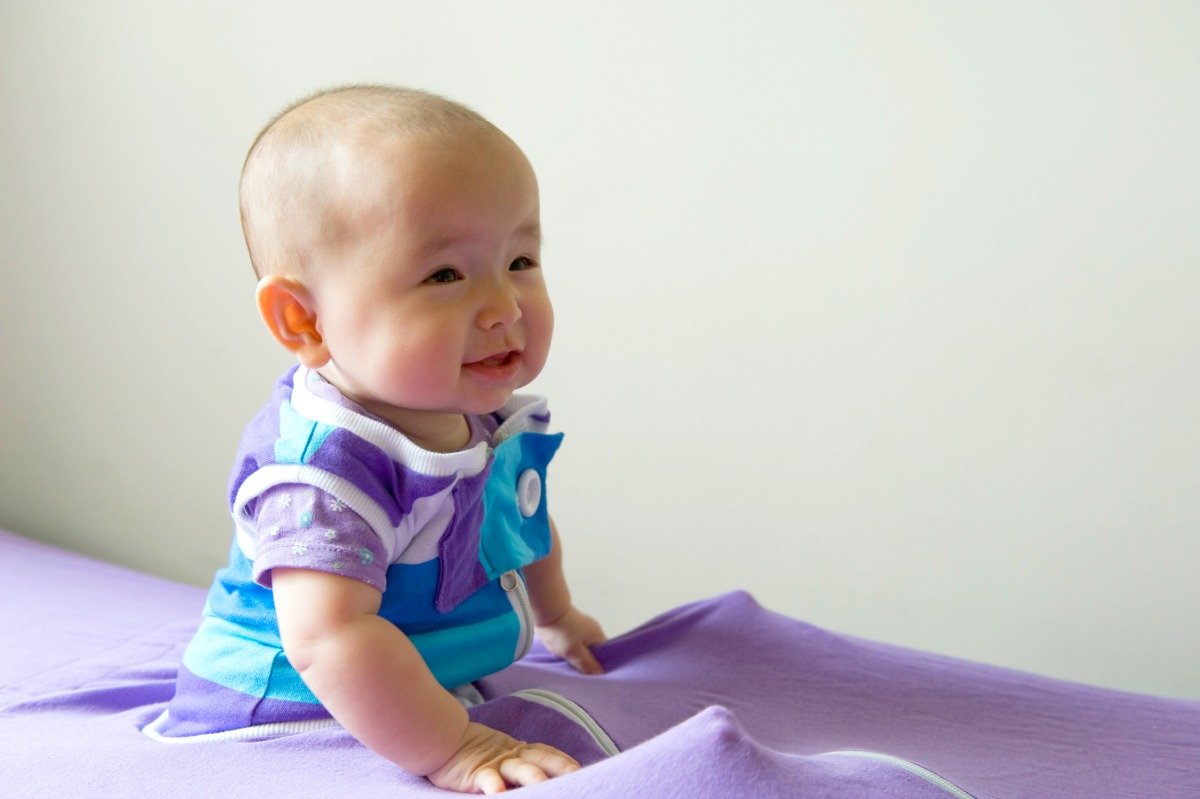 Having a baby is a steep learning curve. For example, my brother who has a newborn recently called me to discuss an issue with his son. It’s a difficulty I’ve not personally come up against because I have a daughter… I don’t think it’s necessary for me to elaborate, is it? Suffice to say – given that he’s an engineer by trade – he was becoming increasingly frustrated with his inability to easily solve the problem.

We’ve all been there. My own personal struggle was finding a way to cut my daughter’s nails given she’d first blanch at the sight of the clippers, and then proceed to squirm to such a degree that they became tantamount to a weapon. (I did eventually find a solution, and I’ll be writing about that very soon, so stay tuned if you’re having your own battle in this area.)

One issue I know a lot of parents face is a particularly wriggly baby. During the course of the night these tots move from the centre of the cot where they’re carefully laid during peaceful slumber, and finish up in some impossibly contorted position: limbs threaded between bars; mothers wringing hands in concern.

It may be unlikely, but the threat of our babes inadvertently becoming stuck and potentially injuring themselves is real. If only there were a solution…

Dun dun duuuuuun! Obviously I wouldn’t have posted that beguiling intro without having a really cool answer to help you guys out…

A few weeks ago I was approached by Barbara at Cosi Bed Sheets in Switzerland about the possibility of collaborating with them. I was very intrigued and keen to review their product (which I’ll talk more about in a moment). However, upon further discussions I learned that Pixie had missed the boat!

You May Also Like...   Lighthouse Full Length Waterproof Raincoats Review

Apparently, with our bairns being of the fickle nature we all know so well, if you don’t begin using the sheets from a very young age (5 – 8 months) they’re quite likely to reject them. (And gosh, we all know what toddler rejection looks like, don’t we? Hint: not pretty.)

This was disappointing on two levels:

The sheets Cosi make are much like the common sleeping bags many of us now use for our little ones. The fascinating difference, though, is that rather than being a bag which allows for the potential entanglement of arms I describe above, Cosi make a fitted bedsheet into which your baby is tucked. This allows for freedom of movement – safely. Your child is placed in the optimum sleeping position with the ability to move freely – but without the risk of getting themselves into a pickle.

And as they get older the innovative design not only makes for a smooth transition from cot to toddler bed, it also prevents potentially dangerous rolling or falling out of bed – or climbing if your angel is as cheeky as ours… It also restricts the ability for your child to get themselves up at 5am to play – even if the only true danger there is a premature start to your day.

You May Also Like...   A Kids' Book About Stillbirth to Help Siblings

What’s not to love, right?

I continued chatting to Barbara because she was lovely – and the longer we chatted the more I wanted to collaborate. So annoying that I was unable to work with this fabulous company because Pixie had missed the window of opportunity…

And then it occurred to me that just because I’d missed out didn’t mean my readers had to as well – and so I pitched an idea to her: I still wanted to share their solution with you.

Barbara agreed – and I shall be following up with a review. Nope, I have not made a baby for this purpose. However, I do have two brand new nephews and a couple of friends with tiny bubbas too. So I’ll be getting the lowdown and feeding back their experiences to you in the next few months.

Coward? No – I Was Just Being a Good Mother

How to Get a Baby to Nap Without Being Held