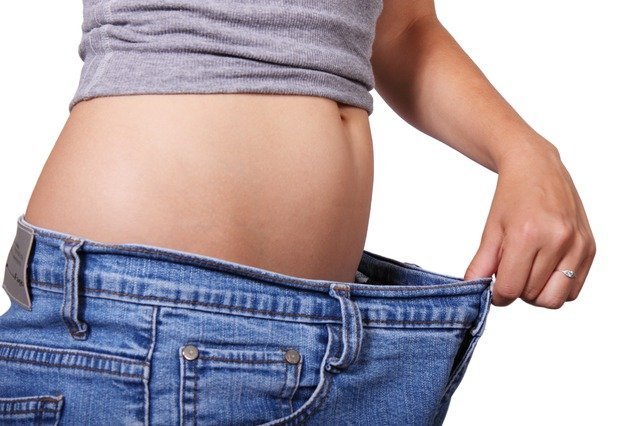 The Diet That Genuinely Changed My Life

Home » The Diet That Genuinely Changed My Life

Want to lose six inches off your waist without giving up your favourite foods or moving your butt? Want a quick fix that will have you looking bikini-ready in two weeks flat without counting calories or forgoing your fat and sugar laden choca-mocha-caramel-latte-with-extra-cream-and-marshmallows? YES?!

If, however, like me, you’ve suffered for the better part of your life with sometimes agonizing, often uncomfortable, and always inconvenient issue of IBS – I might be about to pull a miracle-healing stunt and change your life. That may sound suspiciously like hyperbole, but if you endure the awful symptoms I used to then this treatment can be literally life-changing.

Many people appear to be under the impression that the phenomenon of IBS has its roots in the typical (horrendous) diet of modern man; a reasonable enough assumption since it seems to be becoming more prevalent. The truth is that IBS is simply the term ascribed to any stomach complaints that cannot otherwise be diagnosed, ie. a bit of a GP cop-out.

Mine started when I was in my mid-teens. And once it did, oh-ma-Gahd… Awful. If you’re still reading, then you don’t need me to give you the gory details, as I presume you’re experiencing them most days yourself. In which case, keep reading because this has literally changed my life.

When I was in my late teens/early twenties, I became addicted to laxatives.

I’m pretty embarrassed about it, but there it is. I went cold turkey when I was unable to get to a shop to collect more in time for my next ‘dose’. In fairness, they weren’t exactly improving my situation anyway, it was more of a psychological crutch – because I was truly in a bad way a lot of the time. As in, I sometimes looked six months pregnant. And felt even bigger.

You May Also Like...   A Brilliant Children's Book About Depression

Having been with child twice, I can confirm – from a position of authority – that when my waist expanded beyond its natural circumference, I legitimately looked like I was heading into the last trimester of pregnancy. Clothes were a nightmare, and safety pins became my handbag essential. I wish I was kidding.

In my early twenties, I was of the mistaken belief that eliminating a particular food group could alleviate my symptoms (trusty Google was not so trusty about this particular subject back then – there’s a lot of new information now). I went strictly wheat free. It didn’t help me; so I went gluten free. This was not easy – at that time almost all processed foods seemed to contain gluten, and certainly anything tasty!

To make matters more awkward, nobody even knew what gluten was, and the options available today – pah! If only.

When I went to the supermarket and asked where their rye bread was located, they’d look at me like I was asking for elven bread… Unless I got lucky and happened to ask the one assistant who worked in the relevant aisle – alas my chances of that were about the same as marrying Brad Pitt (things didn’t work out between us, I’m sad to tell you).

I went to see my GP (obviously). About four separate times. Alas, they too were clueless to my plight.

I was advised to ‘keep a food diary’ on each occasion (a legitimate excuse to buy some pretty stationery, but otherwise didn’t prove very helpful).

Once I was even prescribed some (pointless) drugs. I also self-medicated (laxatives, ahem) with charcoal tablets and acidophilus and every other product promoted for my woes.

You May Also Like...   Top Tips for Beating the Christmas Bloat - Without Sacrificing Your Favourite Treats!

I gave up trying and simply managed my issues the best I could. For example, I was always painfully (agonisingly) aware that apples and raw onion were not friends of my gut. Rarely, I was totally fine; sometimes stress could be a trigger; occasionally, if I got super hungry – that would be enough to set me off. This went on for a decade.

And then I discovered something that has made my tummy happy again… Like 95% of the time happy – which I reckon is not a bad ratio of happiness.

So, if, you have gut issues like me I used to, this is diet you need to know about, that has completely transformed my life:

FODMAP is an acronym for Fermentable Oligosaccharides, Disaccharides, Monosaccharides and Polyols (try saying that after a glass of wine). These food components are poorly digested in some people and are what lead to irritability of the gut. When these molecules are poorly absorbed in the small intestine, they continue through the digestive tract where they act as a food source to bacteria living in the large intestine.

This process essentially leads to fermentation, causing bloating (or, in my case, apparent immaculate conception), and uncomfortable bowel habits.

By eliminating FODMAPs from the diet, the symptoms can be very effectively managed. Promise.

It’s thought that following the Low FODMAP Diet will eradicate symptoms in approximately 75% of IBS sufferers. They’re not bad odds, are they? Perhaps the most encouraging aspect of the diet though, is that after several strict weeks it’s recommended you begin reintroducing foods. But I’m serious, you must be strict in the beginning – no midnight binges on the foods you crave! If your discomfort is on the same scale mine was, the pay-off will be totally worth the effort. Plus, you may discover new foods you’ve not experimented worth before – this diet is how I found some of my favourite vegetables!

What follows is basically a process of elimination to establish which particular foods have been making you ill. And if you’re as lucky as I’ve been, you’ll eventually return to an (almost) completely normal diet, with the very foods you can’t currently tolerate.

I’ve become reacquainted with the simple pleasure of a crisp apple (admittedly I usually enjoy them dipped in a Cadbury’s Caramel Pot of Joy).

You May Also Like...   Tips to Help Kids Confidently Ride a Bike and Adventure Fearlessly!

And while I’ll never be able to partake in biting into a crunchy raw onion, neither am I sure that I’d want to… Which is handy.

If you have the willpower to be meticulous with your diet initially, you have a great chance at getting over the horrors of your sensitive gut. It could genuinely change your life.

Yes, that sounds melodramatic, but it’s more true than if I’d simply lost a couple of stones: I’m no longer visited by pain on a daily basis. It’s become more like a distant relative: avoided like the plague, successfully for the most part – apart from the Christmas period, when it’s kind of inevitable.

I wish you lots of luck and will leave this useful link to a downloadable PDF of which foods to eat, and those to avoid.

I’d love to hear your stories about this issue – please let me know if you plan to try the diet, and how you get on with it. I hope you too have fab results! Let me know how you get on.

Positive Changes I’ve Made During Lockdown – and You Can Too!