I promise I’m not one of those women who will say I don’t expect a card or flowers on February 14th in some kind of impossible-to-pass test, daring their partner to take them at face value. I just don’t buy into it – more shallow consumerism. I’ve quite recently become hyper aware of the environment too, and I’m trying to be more green.

So yeah, I’ve not bought my husband a card and likewise, he won’t have one for me either. Neither do we do gifts. We think it’s funny; we’re actually smug about it in a reverse-having-something-to-prove way. Part of the reason is that we make an effort to be thoughtful of each other year-round:

What Holly’s post drew out from the few (equally brave) commenters, was that post-children a dramatic shift in this particular area of a relationship is common and therefore – dare I say it – completely normal.

As Holly so beautifully put it: ‘to exist in harmony, despite different ideologies or interests’ is actually quite positive – and something to celebrate.

You May Also Like...   Why I Don't Think Your Partner Should Get Up in The Night

So, this Valentine’s, while I celebrate with my legs akimbo – for a smear test (yes really) – I urge you to celebrate your own, unique, normal harmony. Whatever that means to you as a couple, and however you wish to do so.

How often should new parents have sex? As often as they want to – and can – because sadly those two variables don’t always marry up… Never mind, they won’t be babies forever. 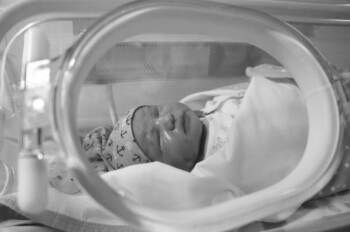