I was recently invited to a VIP evening at Rollerworld in Colchester, and I honestly didn’t know what to expect. I’m actually quit well-placed to review the venue and the experience with fresh eyes, because it’s an activity that was not previously on my radar. There are some pursuits in life that are somewhat niche, and unless you’re exposed to them through friends or family, they remain ‘unknown’ – which is a real shame as you could be missing out on a hobby you’d love, if only you had the opportunity to try it!

So I was intrigued to see what was on offer, and check out the facilities and the vibe at Rollerworld Colchester. We were to be in good company, with the evening featuring  leading names in the skating industry, including GB Skating Champion Chris Fox and James Ashby, British Speed Skating Champion.

I took my husband along for an impromptu date and we decided to arrive early for  coffee and a bite to eat first. Except my know-it-all hubby was so sure he knew where the venue was that he decided to ignore the satnav and took us to the wrong place initially! Which is how we ended up in McDonald’s for dinner (something we never do), competing to see who could manage to eat the blow-your-head-off wrap I ordered. It felt a bit like being a teenager all over again, and heading to go skating afterwards felt somehow fitting!

You May Also Like...   Review of Marygreen Manor Tudors Restaurant - It Was Sublime

Skating is a great activity accessible to the whole family, and when you enter you’ll find skates available to hire from as young as two or three years old (size seven); at the other end of the spectrum Rollerworld often welcome skaters as old as 80!

When I was a kid I had rollerskates, but I’m going to level with you: I can’t skate. I never got around to learning, so I was reluctant to go on the rink as it was a bit of a special night with some pros attending, ie. not the best time for a beginner to shuffle round the edge – despite feeling sure that what I lack in prowess I’d make up for in enthusiasm.

Instead of showcasing my terrible ability, hubby and I decided to explore and see exactly what was on offer. We headed up to the bar which is a great place to view the rink and see the pros do their thing. I was seriously impressed with the skills of some of the children – they glided round effortlessly and made it look easy. But I know better and was not tempted to embarrass myself.

Downstairs from the bar area there’s food and drink available at the RollerCafe. This in close proximity to the rink so you can watch while you eat and remain a part of the atmosphere. Friday and Saturday nights are disco sessions with a DJ playing the latest chart and party music, and while we were there this was interspersed with a live band playing older tunes. Some of the skaters were sporting 50’s dresses and added to the music, this gave a distinctively retro vibe to the evening.

We took a stroll around the venue and noted lockers for your belongings; a shop for all your skating needs, should you be in the market for a new pair; the arcades which added to the sense of nostalgia; and even a small bowling alley! With something for everyone, there’s certainly plenty to keep the family entertained.

You May Also Like...   Encourage Your Preschooler's Imagination With Story Stones!

I’ve always been a bit intrigued by Quasar, but never had an opportunity to go, so I went in with no expectations whatsoever, as I had no preconceptions at all. And I was wowed at the attention to detail and the overall impression of the space. It felt quite industrial, and the ‘music’ and dark, moody lighting gave a fantastically surreal quality (it’s worth noting there are also flashing lights).

If you’re into gaming, this is on point.

Put it like this – it was a really cool environment to wander around with my husband while it was empty; I envisage it being thrilling running around with guns. I would definitely not want to be trapped in there alone for any length of time! We didn’t get the opportunity to have a game, but both my husband and I agreed that we’d love to go back with a group of friends to do it properly.

Quasar is suitable from six years of age, but under twelve’s must be accompanied by an adult.

As I said previously, this venue was simply not on my radar. But my husband and I both commented on the sense of community throughout the evening. All guests appeared to know each other and it was clearly a family outing for most people.

I think in general these days there’s not enough on offer for mixed ages to enjoy together – leisure pursuits that get the whole family moving and having fun as a unit are lacking. so Rollerworld was a somewhat unexpected breath of fresh air! It’s why we love geocaching – it gets us outdoors and working towards a common goal – and from what we saw, skating seems to deliver the same.

I’ve come away from our evening feeling inspired to look outside the box and try new things. I might just make it our family’s new year resolution.

Soaking Up the Christmas Buzz With Fenwick’s Colchester 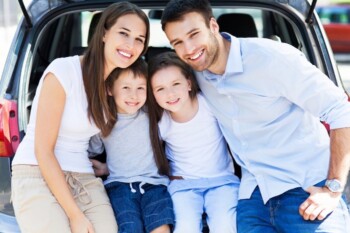 8 Top Tips for Keeping the Littles Entertained in the Car 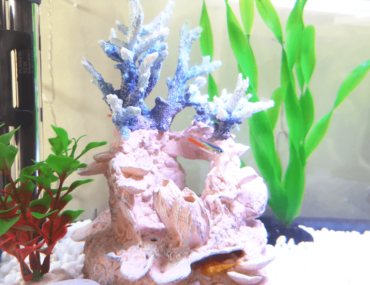