I was offered a couple of different items and chose the mobile and the sleep bag (also in the range is a coverlet, a quilt, bumper, curtain tiebacks, and a change mat). I’m a big fan of sleep bags for babies, and an eternal-romantic-optimist about the quality of the mobile to lull a tired baby into a sweet slumber… #naive

Alas, my baby does not sleep. Despite being due a sleeper (my elder daughter is known as The Devil Pixie here on the blog for this very reason), I’ve not gone one. Hence dropping the optimistic ‘Angel’ from Elfin’s moniker. I probably won’t get away with blaming a mobile though – and in fact she has fallen asleep beneath her lovely Zoobaloo one. Once. That’s a bittersweet memory: it was great when it happened, but it also offered false hope.

The mobile comprises a padded canopy with colourful bunting around its base, and cute zoo animals suspended from it. These are the perfect height to encourage baby to reach and interact, promoting the development of fine motor skills. Naturally it also features the traditional wind-up mechanism, and plays a melody whilst rotating.

Unfortunately, the way in which the mobile had been packaged was not well thought out: the bunting was folded the wrong way in the box, meaning that it forever wants to bend the wrong way. It’s not the end of the world, but it is a simple fix which makes it an irritating niggle for anybody with OCD inclinations (me).

I really like the bright, fresh colours of the unisex Zoobaloo design. Also, as you’d expect from Silver Cross, the quality of the products is clear.

And despite not being a fail-safe way of sending my baby to sleep, she does love her mobile.

The sleep bag is in a cheerful coordinating design, featuring a bird and musical notes, and a false pocket on the front.

My personal preference for infant sleep bags is tha

t they zip up instead of down, so you can access your little one’s bottom end without having to completely open up the bag. This is, of course, for those occasions when you’re able to change a nappy without waking the baby. (Granted I’ve had more success tethering and riding unicorns; nonetheless I’ve heard it is a thing. Just not with my babies). The Zoobaloo sleepsuit doesn’t boast this feature unfortunately, zipping from the feet up to the armpit.

The sleep bag is softly quilted giving it cosy padding and it’s two tog, meaning it’s suitable year round. It has two press studs at each shoulder plus one at each armpit, making it perfect from as young as birth.

If you’re looking for quality products to create a beautiful neutral nursery design, the Silver Cross Zoobaloo range is a great choice.

Head over to my hub round-up post for more breastfeeding, baby, and toddler reviews.

The Reality of Breastfeeding With CMPA 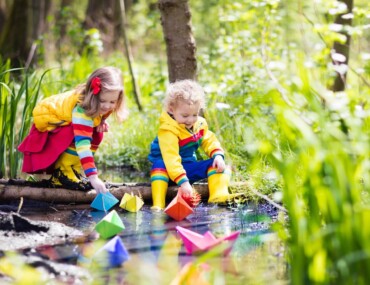 Why the Forest School Approach to Learning is So Good

Is Your Baby’s Sleep Schedule Normal?