Guest Post: One of the Best LGBTQ Books for Children

Home » Guest Post: One of the Best LGBTQ Books for Children

Today’s continuation of my new series reviewing and sharing children’s books which tackle difficult subjects to discuss with and/or explain to little ones, focuses of the LGBTQ community and one of the best LGBTQ children’s books. I’m privileged to be featuring Kate from Lesbemums guest posting as an authority on the subject…

Lesbemums is written by Kate and Sharon, who are two mums from Brighton. Writing about life as a same sex family with their four year old son T (and everything in between). From their travels and days out, to LGBTQ topics such as; how to build an LGBTQ-friendly library to talking why we need diversity “lessons” in schools. [This post contains affiliate links.]

It was in the late 70’s when a children’s book – just the one – featured a same sex family in it’s story. When Megan Went Away is a story about Shannon and the day her mother and her mother’s partner; Megan, separated. It was the first picture book, ever, to feature a lesbian couple but was praised for being an anti-sexist example of lesbian life, although sadly it was not distributed widely as it was, unsurprisingly, still thought of as divisive.

It wasn’t until the late 80’s when we then saw the arrival of another children’s book featuring two mums; Heather Has Two Mummies, which is often mistaken as being the first LGBTQ picture book for children. The story takes place in a local playgroup where Heather quickly realises that her family is different to the others around her, however thanks to the resident caretaker the reader is reminded that:

The most important thing about a family is that all the people in it love one another.

Since then, diverse families have become regular guests in children’s literature – albeit slowly; starting with multicultural families to same sex parents to, more recently, books about families with transgender or gender non-confirming children. It’s taken time, and there’s been some resistance, but we’re getting there thanks to a number of independent book shops now specialising in inclusive books for children or more mainstream shops now stocking equal quantities of diverse books to the not-so-diverse.

You May Also Like...   Bath, Book, Bed Campaign with Jo Frost and the BookTrust

Being part of a same sex family myself, it’s vital that children are not only taught that society is no longer made up of one-mum-one-dad families, but that children – like my son – are represented fairly in their media and literature. Over the past four years, my wife and I have worked tirelessly to create an equal spread between timeless classics and more modern books that feature families like ours within our son’s bookshelves. We primarily found them online, or had them imported, but every now and again we’d find a few stood proudly on a book shelf in an actual book shop.

You have no idea how that makes someone like me feel.

One of the Best LGBTQ Children’s Books

One of the first books we purchased our son was And Tango Makes Three, a book from 2005 about two male penguins from a New York zoo who decide that they want to start a family. 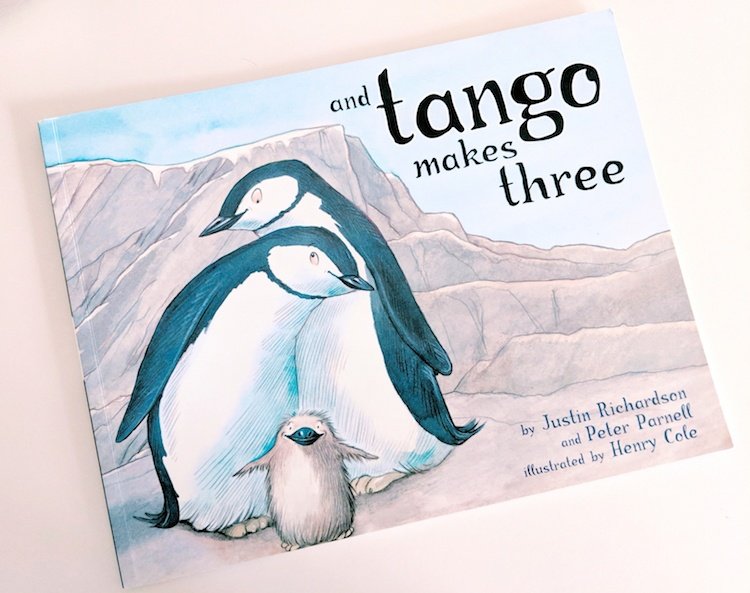 Based on a true story, the penguins; Roy and Silo, have been able to welcome their own baby penguin to the world thanks to the help of their zookeeper; Mr Gramsay. Roy and Silo each take turns sitting on the egg until it eventually hatches thirty four days later.

This multi-award winning book about love approaches a number of other topics, from homosexuality to adoption, in a really gentle and subtle way, as opposed to in a forced way like more “educational” books do. It teaches the reader about how same sex families – as well as other families, as seen via the other species in the zoo at the beginning of the book – are really no different to any other family.

You May Also Like...   A Book Teaching Children to Shun Comparison and Embrace Their Talents 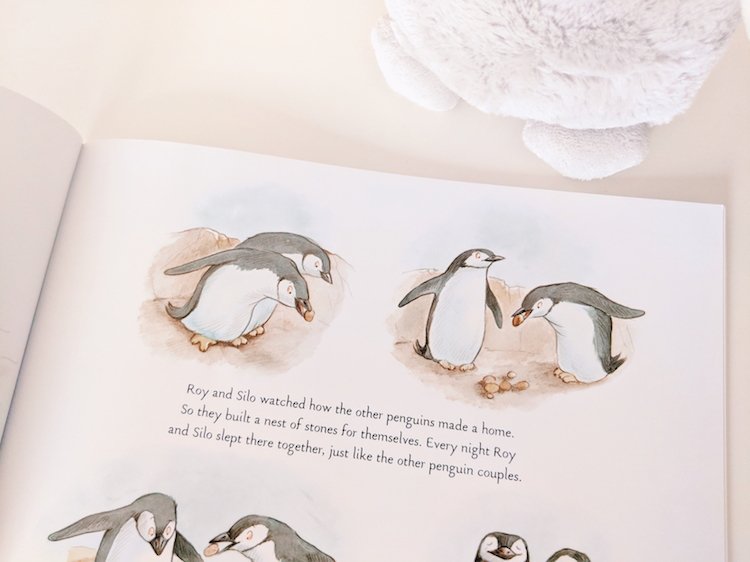 As expected, it was with met with objection and protest, and between 2006 and 2008 it was the most challenged book in (American) libraries, but over time it’s slowly dropped to the Top 10 “Most Challenged” according to the American Library Association.

Whether this is due to a number of new books being added to the mix or a sign that times are changing (I believe it’s the former), it goes to show how much these books are needed.

And Tango Makes Three really is the perfect introduction to diverse families, and there’s a reason why it’s still one of our favourites. It’s no wonder schools today are still using it as material for teaching children about acceptance. It’s beautifully illustrated, and the fact that it’s based on a true story makes it a worth while read.

A Wonderful Children’s Book About Self-Acceptance