Could a Sensory Weighted Blanket Help Your Anxious Child?

Home » Could a Sensory Weighted Blanket Help Your Anxious Child?

[Ad – gifted] I was recently sent a child’s Snoozzzy sensory weighted blanket to review, and not having much knowledge about them I was very intrigued. I suffer with anxiety myself, and I strongly suspect that my tendencies have sadly been passed onto Pixie. My attitude was that it certainly couldn’t hurt, and hopefully it would offer some degree of comfort or relief to her.

Before I talk about our experience with the gifted item we were sent, I thought I’d address some of the common questions about sensory weighted blankets (also known as gravity blankets, sensory blankets, autism blankets, and calming blankets).

What is a Sensory Weighted Blanket?

Sensory weighted blankets are blankets which are designed to feel heavy. The theory is that the weight has a calming effect on the sensory system.

How Do Weighted Sensory Blankets Work?

Weighted blankets contain a material such as plastic pellets or glass beads, which lend the blanket its weight. The gentle firm pressure applied by the blanket works in a similar way to deep touch pressure therapy (DTP), which increases the release of serotonin and evokes a sense of calm and wellbeing.

Is a Weighted Blanket Comfortable and Does it Really Help?

Yes! Imitating the effect of a hug and providing proprioceptive feedback, weighted blankets reduce tension and provide a calming and soothing effect.

What Are the Benefits of Using Weighted Blankets?

You May Also Like...   Alcohol When Pregnant - How Much Is Too Much?

Can a Weighted Blanket Help With Night Terrors and Nightmares?

Thanks to the DTP therapy effects of weighted blankets, they’re also known to be beneficial for those suffering with PTSD. Of course one notable symptom of PTSD is nightmares or night terrors, and it follows therefore that a compression blanket may also help with these sleep problems.

What’s the Science Behind Weighted Blankets?

The human nervous system consists of two complimentary systems: the sympathetic and the parasympathetic.

The parasympathetic system works by turning off our alert fight or flight response and switching to the more sedate feed-and-breed and rest-and-digest states. In other words, when activity in the parasympathetic nervous system increases, we are more relaxed.

By applying equally distributed pressure, sensory weighted blankets trick the body into thinking the fight-or-flight response is not required, decreasing activity in the sympathetic nervous system and achieving a sense of calm and wellbeing.

What Weight Sensory Blanket Do I Need?

It’s recommended to use a blanket that’s 10% of your body weight, plus one or two pounds.

Our Experience of Using a Sensory Weighted Blanket

I’ve touched on the fact that Pixie can sometimes exhibit challenging behaviours, and as mentioned above I’m sure some of that is as a result of anxiety, especially as her sleep had deteriorated around that time too. I sometimes find myself at a bit of a loss with how best to help her, and it can be quite overwhelming. Equally, when I put myself in her shoes and consider what is driving her meltdowns, it breaks my heart – I’d do anything for my girls and I’m especially focused on supporting Pixie through this.

That said, I’m fairly sceptical when it comes to anything related to wellbeing that’s not been medically proven. I don’t believe in homeopathy and I have to research the benefits of a product before I’ll entertain trying it out. (I’ll add that I also believe placebos have their place, but that personally I’m disinclined to try something that has no supporting evidence!)

Based on all of the above information, I was definitely keen to try a weighted blanket for Pixie – we had nothing to lose and everything to gain.

Why not consider a journal to help your anxious child identify and work through their feelings, and promote positivity?

Preparing Pixie For Her Weighted Blanket

Having never used a weighted blanket myself I was unsure what to expect, and I didn’t know how heavy it might be. I was curious as to how Pixie would respond because despite the theory, I could envisage the possibility of the weight feeling claustrophobic and oppressive.

You May Also Like...   How to Change Your Life in Five Simple Steps

Before the blanket arrived I explained to Pixie that I was being a sent a special blanket for her, and why it’s a bit unusual. I told her that it should help her to feel relaxed, but that if she didn’t like the weight of it then that was fine, and she didn’t have to use it.

She was excited for it to arrive, and it couldn’t come quick enough – but she’s fickle and very strong-willed: simply anticipating its appearance was no indication of her reaction to it!

When the Snoozzzy blanket  arrived I was delighted to open the box and see the design – (predictably) unicorns are a current favourite. The fact that a soft toy came with the blanket was a huge bonus as it meant I had something to give my toddler too – especially as Elfin just so happens to adore owls.

The blanket comes in two parts – the weighted blanket itself which is filled with glass pellets, and the unicorn cover. The clever design means the blanket won’t fall to the bottom of the cover as it ties in at each corner and along the lengths and widths keeping it in place.

The cover is a soft fleecy material with the unicorn design on one side and pink dimple dot fleece on the reverse. Once the blanket is tied inside, it’s surprisingly heavy – and that’s for a child’s! I showed it to Pixie and wasn’t surprised at all by her immediate pleasure to the luxurious appearance and feel of the fabric – but I was still unsure how she’d react to its weight.

Pixie has never particularly commented on the weight of her blanket, but she clearly loves it and sleeps with it every night now. She and her sister regularly play with it together in the mornings while I’m getting ready too, creating beds for their toys, hiding under it and suchlike. It’s definitely become a firm favourite, even if she’s not able to articulate why.

Since Pixie has been sleeping with her weighted blanket I’m thrilled to have seen a marked improvement in her sleep.

Of course it’s impossible to categorically attribute that to the blanket, but it’s certainly an interesting correlation.

My Opinion of the Snoozzzy Weighted Blanket

I really like the blanket, far more than I expected to. I love that Pixie’s sleep has improved, and I’m considering bringing the blanket out more frequently to see whether it could help her during the day as well.

You May Also Like...   Gift Ideas for the Environmentally Conscious

I’m so impressed that I quite like the idea of getting my own sensory weighted blanket. It’s true they’re a bit of an investment, but given the verified theory and all of the potential benefits, I think it would definitely be worth trialling one for myself.

Are You Being Greenwashed By Clever Marketing? 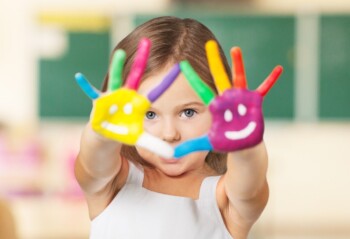 Child Health and Wellbeing: How the Mindscreen Experience Can Benefit Self-Esteem