We Grew Up Like Sisters – But I won’t Call Her

I had a strange dream a couple of nights ago, about an old friend. She wasn’t just a friend though – she was more like a sister. We were friends for practically my whole life…until we weren’t. I had my first sleepovers at her house, I had my first cigarette with her, and she was there the first time my heart was broken (when my kitten was run over) and when I got married. I loved her dearly once upon a time, and I thought we would be in each others’ lives forever. Growing apart from my best friend was not something I ever imagined happening to us.

Boys, jobs, or great distances, I was certain our mutual affection would transcend everything else and nothing would come between us.

For a long time that’s exactly how it was. Whenever we met up the time fell away and it was like we were teenagers again. Getting together was always something to look forward to, and never lasted long enough. Even if our interests began to diverge as we became adults, we shared the same silly sense of humour and that remained.

But then we lost touch.

Growing Apart From My Best Friend

I was retelling my dream to my husband and he asked me why I don’t reach out to her. We didn’t fall out, and I still have her phone number; so I could. But losing touch with somebody you once loved means something I think.

I thought about what my husband had asked and how best to answer him, because trust me – it had crossed my mind and I’d come close to picking up my phone. But I didn’t.

I could tell you that it’s because she hurt me irreparably when she didn’t contact me following the birth of my second child. I won’t lie – that cut deep. I could tell you I hold a grudge – despite wishing there were a simple way to resolve the unnatural conflict which appears to have arisen between us.

You May Also Like...   Father’s Day Gift Guide for the Aspirational Man in Your Life

See, I’ve been here before with my own father – a disagreement which led to five painful years of estrangement. And, in the end, entirely unnecessary and based on a terrible misunderstanding. (Our relationship is fantastic now, by the way – thanks to my [not so] little brother meddling.)

But actually, when I paused to consider what truly lay behind my inaction, I realised that I don’t, in fact, hold a grudge at all. Yes, she hurt me because I have loved her deeply in the past, as you would after 25 years of friendship. She was my bridesmaid and is in my wedding photos: my little girls look at our wedding album and sees a stranger, and that saddens me. But the reality is more complex than a case of resentment or ill feeling. It is, in fact, the opposite: I wish her well – she deserves it. I imagine she had her reasons for not contacting me – but that’s still not why I’m refraining from making an attempt to rekindle our once firm friendship.

I always believed our mutual affection would transcend everything, but our differences were bigger than us.

Whats’ the point of this melancholy post? Well, on the face of it, it may come across as depressing, but that’s not the whole story. The point is that it’s perfectly acceptable for me to mourn our beautiful friendship because at one time we meant the world to each other. But that doesn’t change the fact that we grew up and became very different people. I never expected or wanted it, but our vast differences polarised us. That’s sad, but that’s life.

The truth is, we’ve grown apart, because that’s what sometimes happens.

The kindest thing we can do for each other is to accept we’re clutching at straws and allow each other to go. If a friendship is no longer easy and doesn’t bring you joy then just like with a romantic union – moving on is okay.

If we met for the first time today, there’s no way we’d be close because we’d have nothing in common – forcing a relationship based solely on shared history will not make either of us happy. For me, though it’s poignant and very difficult, nostalgia is not reason enough to hold on.

Better to occasionally dream about that person and feel a stab of regret than to cling to something which would eventually sour and leave bitterness – I prefer to part with fond memories and no fanfare.

So I’m choosing to cherish the many, many good times we had, instead of dwelling on the fact they’ve passed.

You May Also Like...   How to Breastfeed Discreetly While You Establish Nursing and Gain Confidence

Are you still close with your oldest friends or can you relate to me growing apart from my best friend?

Love Sausages But Want a Healthier Option For Your Family?

Living With Anxiety – My Secret Struggle 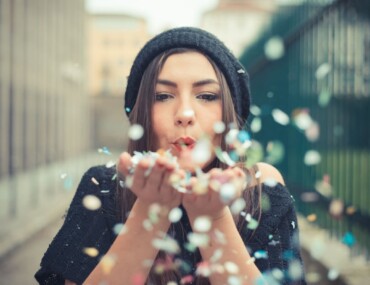 Throw Kindness Around Like Confetti – It’s Better For the Planet 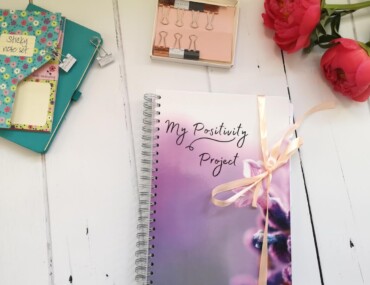 Journaling For Mindfulness: Improve Your Mental Health + Tips to Get Started!

Finding the Courage to #BeTheChange