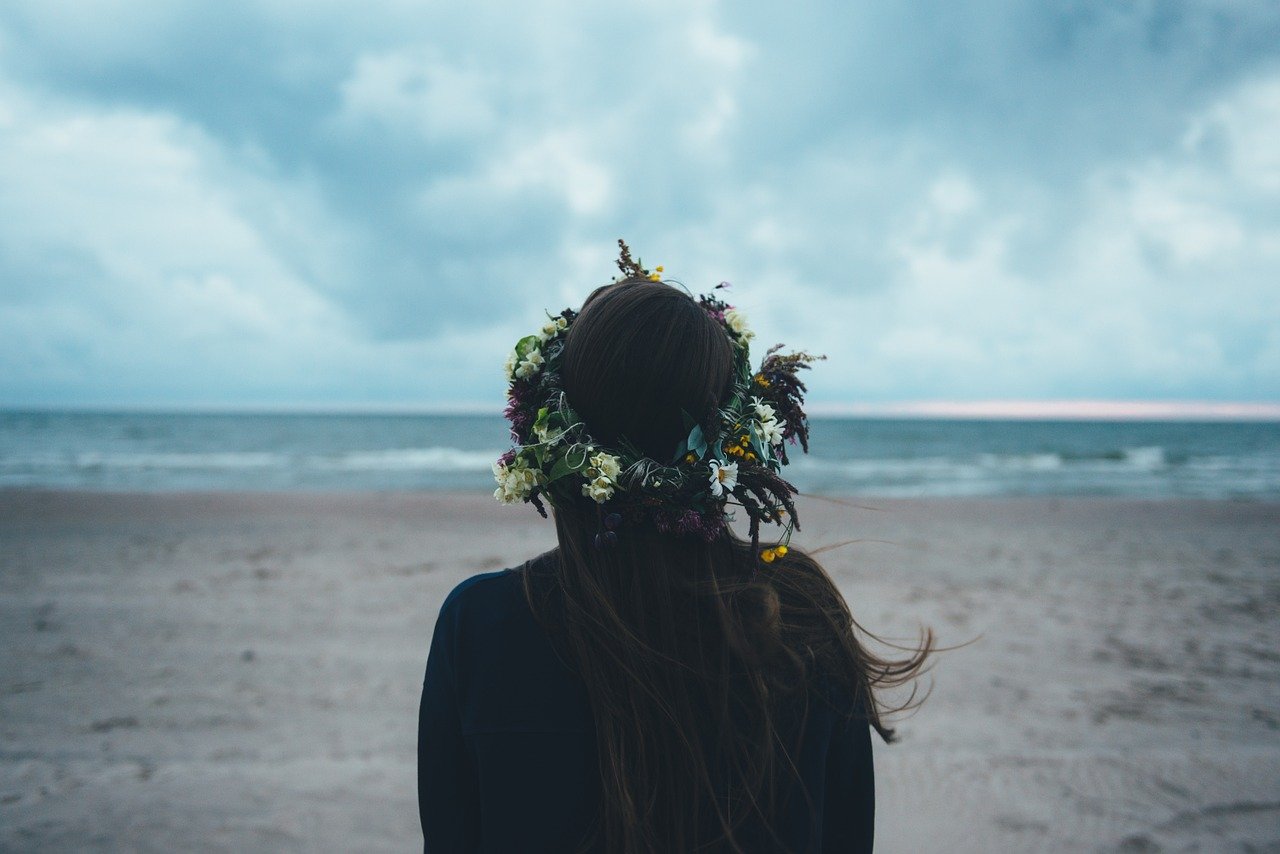 Friend or Faux: Should You Ditch Your Cliquey ‘Friends’?

Home » Friend or Faux: Should You Ditch Your Cliquey ‘Friends’?

Over the last few weeks we’ve talked about bullying in children and how childhood experience can shape us as adults, both in our interactions with others and also as parents. In this post I’ll be examining some of my own experiences in the hope of making sense of them, talking specifically about toxic friendships – and more generally about when mean girl ‘friends’ become bullies.

My Friends Bullies Me; Now What?

For a start, I’m not a fan of the word ‘bully’ when it’s applied to adults. In my experience, it somehow undermines what can be a serious matter. I’ve found that when this word is used, associated issues are often viewed as juvenile and petty instead of being treated with the gravity they deserve. If ever you find yourself asking ‘are my friends bullying me?’, there’s definitely a problem which needs addressing. And yet…

Whether in the workplace or among friendship groups, any suggestion of unkindness raises eyebrows and hackles – defensiveness is deployed as a reaction. Personally, I’m perplexed as to why there appears to be such refusal to accept and discuss when somebody feels poorly treated.

Perhaps it’s only true of my personal experiences and doesn’t apply more widely – I’d be intrigued to hear from others as to whether this is something you too have observed?

I’m also noticing a general trend towards many people defaulting to ‘offended’, rather than extending a degree of common sense to a given situation. If you have something remotely controversial to say in the public arena, you’d better be sure you choose neutral, diplomatic language – because if there’s any vague possibility of a word or term being misconstrued, you can bet it will be.

Where does this apparent predilection for conflict arise from? A symptom of online anonymity, perhaps.

Bystander or Bully? Are My Friends Bullying Me?

Away from the internet though, something I find equally disturbing is that whether people care dare to admit it or not, it’s very obvious that outsiders/bystanders/cliques – call them what you will – are (usually) aware of what is taking place – it’s just not spoken about. And in not openly acknowledging it, unacceptable behaviours are condoned and become endemic.

In many cases, the passivity of bystanders aggravates the problem; even those who are seemingly mild-mannered and inoffensive at the best of times are vulnerable to/guilty of it. It’s like a lesser form of deindividualisation, as explained in this study.

Here’s an example of what I’m referring to:

I recently ditched some ‘friends’ who I believe judged me on my behaviour during an especially difficult time. I was struggling with anxiety issues and desperately needed some support – I accept this made me difficult to be around. It only took for one of the alpha women to stop making any effort with me for the whole posse to freeze me out. Eventually it became embarrassing for me to keep trying to remain one of the crowd, whilst actually no longer being accepted.

It was very apparent to all that I was no longer an active participant, initially through their rejection, but ultimately through my pride. The elephant in the WhatsApp group was that they wanted me out, and I wanted to be out.

I quietly removed myself from the situation, but while the majority ignored the fact altogether, one girl reached out to me.

When I received a message from my old pal – one of the kindest in the group – I naively thought she was contacting me to check I was okay. However, over the course of several messages, it became increasingly obvious that she was looking for a) gossip, or b) absolution. Because in finally walking away I’d forced her to confront behaviour she was uncomfortable with – and she needed to find a way to make peace with that.

I was dumbfounded to realise that she was not contacting me for any noble reason at all. When she failed to get me to ‘talk’ and name names, she very quickly ended the conversation – and I’ve not heard from her since.

Essentially, she was quite content to be passive in my exile, but she was unwilling to accept any part of it as her responsibility. At least that’s my view of what took place – and inadvertently discovering she’s since deleted me from Facebook only stengthens that view.

At the time I briefly felt chastised, and a sense of shame came over me for being juvenile and confrontational. But I quickly realised that I’d done the very opposite – I’d attempted to retreat quietly with minimal fuss and my head held high.

It seems clear to me that as some people are particularly sensitive, and others are perhaps inclined towards being blunt, there’s inevitably going to be a crossover of unintentional hurt feelings somewhere between those two personality-types. So why can’t we talk about it without it becoming confrontational and divisive?

In fact, this brings me onto a fascinating point… Several years ago I reconnected with an old chum. With hindsight, the friendship would be best described as ‘toxic’ – put it this way, when I mentioned to my mum that I was going to meet her, she looked horrified and exclaimed ‘but she used to bully you!’. Why did I meet her? Curiosity I suppose, and the fact we had at one time been ‘close’.

Meeting up was fine, though I was wary of her intensity.

But imagine my shock when a short time later she emailed me to ask why I had bullied her more than a decade previously! I was utterly bemused and mystified about what she was referring to. My mum was certain she had treated me badly, I felt she had treated me badly – and here she was suggesting it had been the other way around. Not only that, but I’d damaged her so comprehensively that she’d never got over it. Clear signs of a toxic friendship, I think you’ll agree!

I was mortified. I apologised for the misunderstandings and hurt caused – but as she was unwilling to accept any other version of what had taken place, I swiftly brought an end to what was once again developing into an unhealthy friendship.  I’m not sure what she was looking for, but I couldn’t give it to her.

It sure did give me food for thought though…

I don’t think I am or ever was a horrible person. But I accept that the friend who claimed I’d ruined her teenage years truly felt that way. So what was the truth?

Taking the insight my brother gave us, Sarah’s views on posture, and my own history, I’m beginning to see that bullying can be a far more complex ‘dance’ than simply one person harassing another.

My friend and I were both damaged in different ways, and I believe damaged personalities are inexplicably drawn to one another. Sadly, this leads to destructive relationships, whereby both parties behave inappropriately and both parties feel hurt by the way they perceive they are being treated.

Ah, all things which – allegedly – come with time…

While none of us can escape age, maturity and wisdom come to each of us in different ways, and are more greatly influenced by experience than by years.

I used to believe that being two-faced was a very undesirable trait. It has particularly negative connotations, and though I still believe it’s wrong to be sweet to somebody’s face and spiteful when their back is turned, I also think that oversimplifies the issue.

If I don’t get on with somebody, I first try to resolve our differences: I’m so soft that in 98% of circumstances all it takes for me to forgive and forget is a sincere and heartfelt apology, which I’m happy to reciprocate if I’m in the wrong (and sometimes even when I’m not!). But if that fails then I remove myself from the situation – if I can. However, inevitably in life, there are circumstances where we dislike others and have no choice but to be around each other.

It took me a long time, but I now appreciate the value in ‘getting along’ with people I may not like or choose to associate with. Being polite to their face rather than telling them what I truly think of them is not ‘two-faced’ in the traditional sense – it’s called being a grown-up.

That said, I do not shy away from confrontation, however difficult I may find it.

Many people misunderstand my motivations and find me strange or combative. But here’s the truth about me:

If I say something uncomfortable to your face, you can rest assured I won’t be saying worse behind your back. I call it as I see it, good or bad.

If there’s an issue between me and somebody I care about, I try to resolve it. Because I can’t stand the mentality of sweeping it under the carpet, only for it to rear its ugly head the next time a tiny disagreement occurs. Far better to resolve it properly than leave it festering.

So if I do say something which could be interpreted as confrontational, then it’s probably because I think our relationship is worth rescuing from the same fate as that of the group I left.

This makes perfect sense to me, and I’m left baffled by anybody who doesn’t handle their own differences in the same way. Yet I feel like the odd one out…

Too Good to Be True

Over the years I’ve learned that much like a romantic relationship, friendship takes time to flourish; it can’t be rushed – it must be nurtured.  I liken it to a fire: a slow burn is far superior to a blaze which, while intense, doesn’t last.

True friendships which stand the test of time are built on history and shared experiences, mutual respect and understanding. Compassion should be a given, not a liberty.

Ultimately, if a friend is willing to give you the benefit of the doubt, then they’re worth investing your time, belief, and love into. But otherwise, what’s the point? If you find yourself asking ‘are my friends bullying me?’ then chances are your situation is not a healthy one.

Next week is the penultimate of the series, and I’ll be turning the issue over to some fellow blogger pals who will be sharing their experiences and wisdom.

You May Also Like...   How to Gently Night Wean a Resistant Toddler

How do you approach misunderstandings and disagreements?

What Makes a Bully?

Self-Care Checklist to Prioritise Your Wellbeing & Peace of Mind