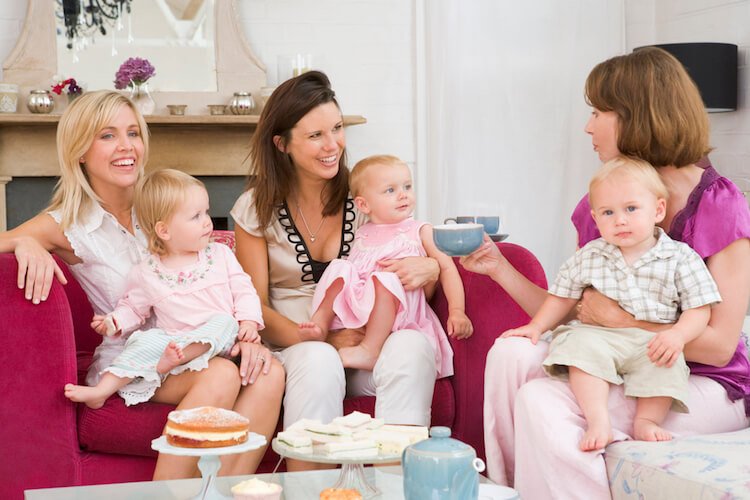 Home » Why Are Women Cliquey?

Welcome to Ask Me Anything. The concept of the series is to help foster and nurture an open and profound bond between father and daughter, that transcends the awkwardness of puberty (I wrote about it in more detail here.) In this week’s instalment, my husband asks why are women cliquey?

Hubby: I was thinking about a certain situation, and how it was a bit odd and we maybe shouldn’t repeat it. Anyway, it made me want to ask you: cliquiness. Seems to be a (mostly) female problem, can you shed any light? In fairness, this seems to happen around you quite a lot, doesn’t it…

I can’t tell you too much about it, because honestly, I don’t always understand it. It’s certainly not something I ever wish to be involved in, or want to watch/implicitly be a part of. In my opinion it’s akin to bullying, but with a less juvenile, less inflammatory label. Because it almost suggests a tight group, doesn’t it – and what’s wrong with that?

The Problem With Cliques and Cliqueiness

Well, what’s wrong with it is that, in my experience, it’s a close-knit group to the exclusion of all others, or – often – to the exclusion of one other. And so it does, in fact, amount to the same thing as bullying. Whether by design or by chance, it results in one or many feeling marginalised.

Granted, trying to gain access to an established friendship group can be the equivalent of trying to infiltrate an enemy faction, ie. dangerous territory. You do so at your own risk. I have no idea quite why this is, but few succeed without some battle scars for their troubles. However, the more interesting, less-understood, and arguably less kind situation is when a group comes together at the same time… and then divides.

Let’s be real – cliquey is a pretty way of saying bitchy.

You May Also Like...   Tackling Prejudice With Anti Racism Books For Children

How I Deal With Cliques

What I do know for sure is this: it’s not something I ever choose to remain part of once it’s become an obvious issue. I don’t get it, I don’t like it, and I definitely don’t respect it. So the reason I seem to encounter it a lot may be because I refuse to tolerate it – I prefer to walk away than be involved in a destructive ‘friendship’. I think it’s actually quite common, but lots of people simply accept it as the norm. Not me.

Having said that, of course it’s also very important not to incorrectly label somebody!

If the friendship is worth saving, I will attempt to resolve the conflict. And if it won’t be a great loss and I’ll be happier without the stress, then I’ll simply walk away.

But why do adult women (or men) behave in this way in the first place? Now there’s a question to which I’d dearly love an answer. I have great fears about the prevalence of bullying in schools and I’m intrigued as to how that develops into adulthood:

Since originally writing this post I’ve looked into bullying in more depth and even interviewed an expert on the subject. You can read more here:

Is It Okay for Dads to Share a Bath With Their Baby?