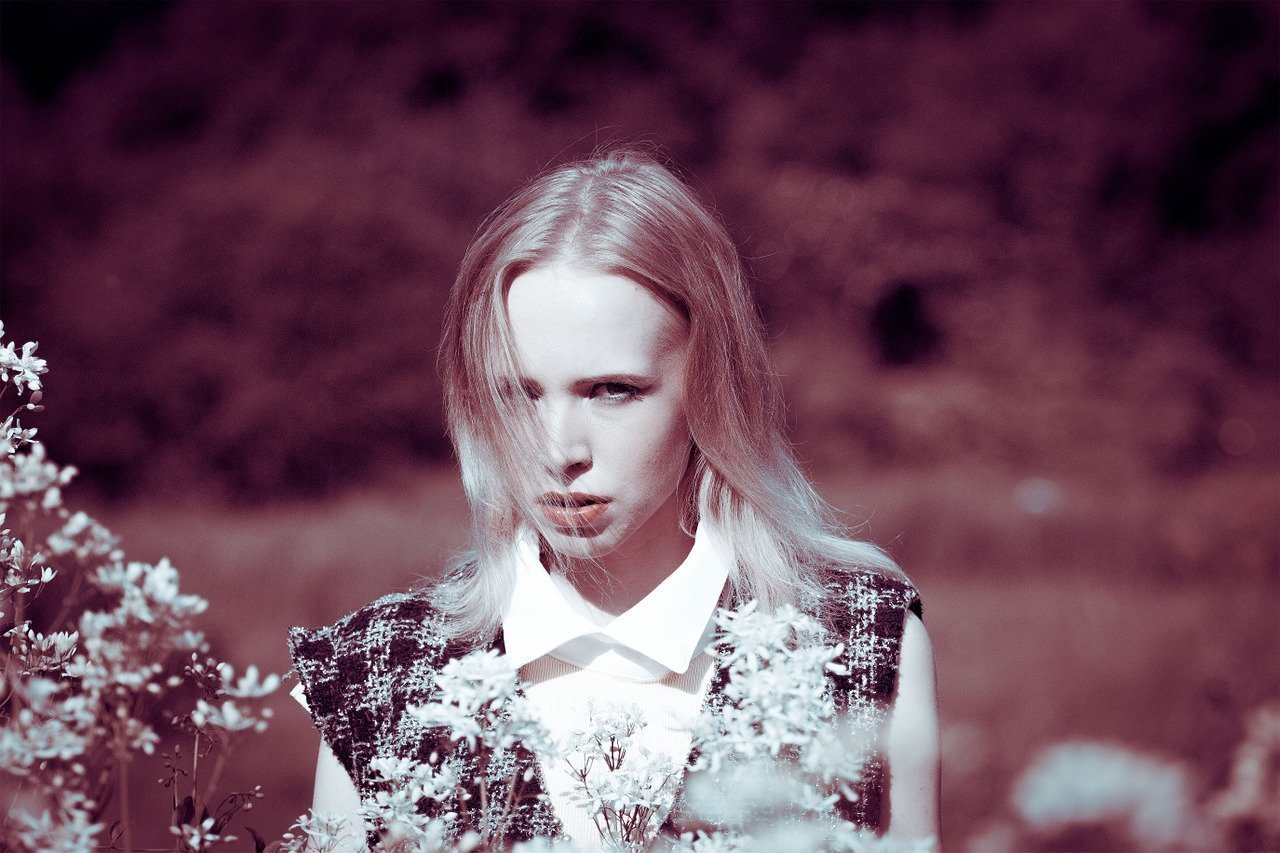 Why do people bully? In the hope of gaining some understanding of the elusive answer, I recently asked for a brave volunteer to admit to having been a bully at school, and to step up and allow me to interview them. I repeatedly asked across my social media channels. But not a soul came forward.

Wow, I thought to myself, our entire generation swerved that nasty business. Not.

I was sorely disappointed, but it made me wonder – were the bullies from my (and your) school days too chicken to admit to their spiteful mistakes…or was something else going on?

Were they, perhaps, unaware of their behaviour and the impact it had on their victim/s?

This made me all the more intrigued, and all the more frustrated. And then when my brother was visiting, we got chatting about what I was working on for the blog. He mentioned he’d seen my appeal and started to discuss his own childhood with me. Little did I realise, I had the perfect candidate in front of me the entire time…

I’m delighted to introduce my big brother, Ben. Following, he shares his take on bullying and how it affected him at school, and continues to affect his parenting today…

During my school and adolescent years I had a hard time growing up. Didn’t we all? I often felt like I didn’t fit, or that I was constantly saying the wrong thing and making myself look stupid. In strange company I wouldn’t know how to behave and would become ‘the quiet one in the corner’; while in familiar company I tended to be over-confident (can youngsters be arrogant?) and not particularly fun to be around. And since it’s a special requirement by the insecure to be liked – I never felt like I achieved that very well.

I understand better now why I used to behave this way – I found it very hard to empathise and hence all my actions were essentially selfish ones. I had a very polarised way of viewing people; I was either inexplicably drawn to them and had an innate desire to please them, or else they made me feel uncomfortable and I didn’t really want to be around them.

I’ve also started to understand what was driving these behaviours: in the twenty years since I left primary school, autism spectrum disorders (ASD) have become a ‘thing’, and I’ve realised that I’m probably a little further from the normal end of the spectrum than most (although not enough to prevent me from masking it now that I understand it). I’m now also aware that anxiety plays a huge part in my life and can take over my entire personality for days at a time if left unchecked.

The other related symptom which has presented strongly for me is a lack of emotional attachment to consequences; a result of this is that my behaviours didn’t self-regulate… I found it very difficult to learn not to behave badly.

So this brief background of me builds some context around what my interpretation of bullying was as I grew up. When the actions of others made me feel bad, I had very little concept of how much that was due to my own state of mind. When I behaved badly towards others, my inability to empathise or automatically foresee consequences made it difficult for me to judge that behaviour as ‘wrong’.

You May Also Like...   How to Prevent and Resolve Bullying

It also goes some way to explaining the relationship between bullying (or at least my personal concept of it), the actions of others towards me, and the actions of me towards others. I know that for much of my time during primary and secondary school I felt picked on and bullied. I also know that many of my behaviours were not nice for other people and on occasion I could be very mean; by any standard definition I was at times a bully.

But I didn’t realise it.

When I was about 8 or 9, someone in my class brought a tennis ball into school. This boy was not ‘cool’, but I didn’t have any particular dislike for him. I took the ball from him and began throwing it back and forth with one of my friends; my intent was not to deprive him of the ball, and we were interacting with him when we would otherwise probably not have – this was ‘socialising’?

Although I knew factually that taking the ball and teasing him was wrong, it was not until I accidentally threw the ball over the school wall that I had any thought or idea of the feelings it might be causing in him as I was doing it. Whilst I was ‘interacting’ with him, I was utterly blind to what his feelings might be and what consequences my actions might have.

Was I bullying him? Yes. Would discipline have helped me to modify that behaviour in any way? No.

It was not until spending a number of years at university, thrown into diverse new social interactions and completely isolated from the protecting shell of close family, that I finally started to have the introspective thoughts that ultimately helped me to shape my adult self. Over the space of a few years it became apparent that not only were some of my behaviours not doing me any favours, but they were pretty much not normal or acceptable – and actually they were behaviours I didn’t much care for.

This was a shock. It was a shock that preceded me through an intense period of self-analysis, and (probably too much) feelings of guilt and shame. At this time my anxiety levels were also off the scale (not helped by the level of alcohol being consumed at the time!), and for a long while those new feelings of guilt and shame were utterly mis-attributed to random events in my life – thanks to the way that anxiety can make anything seem worse than it really is. ‘That time I misplaced a token gift from someone’ became a beacon for my utter lack of gratitude and care for anything anybody had ever done for me.

Now this is where things start to get difficult for me; I’m seeing many of the same behaviours and social nuances in my 7 year old son. I’m struggling with whether I should do my best to ensure his anxiety levels remain low, or push those boundaries to help teach him he can recognise and control his feelings.

I’m struggling to balance just how much guilt and shame to push on him when his behaviour is unacceptable – I don’t want him to feel so terrible about it that he hates himself; but how else do I try to teach him?

And how do I moderate that with the fact that if he’s like me, his lack of emotional attachment to consequences means it might not even be helping him to learn and grow. I struggle to think that these behaviours will most likely lead to him feeling bullied, and others to feeling that they’re being bullied by him.

Looking back, some situations in which I felt bullied were actually a by-product of my social anxiety. I often wonder whether some of the more memorable accusations of bullying against me were vastly exacerbated by similar social difficulties in those making the accusation.

I reflect on the cruel twist of nature that those symptoms which make someone emotionally vulnerable to bullying are also those which would make that person an easy target for others with the same social frailties lashing out. It makes me wonder whether the way we ring-fence the category ‘bully’ is either useful or fair.

I don’t doubt that there exists the stereotypical mean, physical bully who just wants to be horrible; but it seems to me that we could address the issues much more successfully if we were to focus on the intent of the bully rather than the actions/results. If there’s any truth to the ideas I’ve posited – then almost by definition – any focus on the actions and consequences will bypass the bully with even mild autistic tendencies and will not help to rectify the behaviours.

I’m now able to moderate my anxiety and any ASD-type symptoms to the point where they don’t control my life – and I’m a far more pleasant person to be around for it. My experiences in reaching this point also shape how I understand and deal with people who exhibit bullying traits in everyday life.

It’s nigh on impossible not to have the emotional response ‘I’m being bullied, someone’s trying to control me, I have to fight back’; but I’m acutely aware there’s a decent chance they won’t realise they’re behaviour constitutes bullying.

There’s a saying that you should ‘beat bullies with kindness’, and I believe the common interpretation is that bullies become disarmed and don’t know how to deal with kindness. I think this is back to front; non-confrontational social interaction is actually much simpler than that: it alleviates anxiety in both parties, and simply allows the ‘bully’ to interact in the way they really want to.

If you can put aside the automatic emotional response and de-escalate the situation, it allows better communication in both directions.

Alas, I know from experience this is often much easier said than done!

You May Also Like...   Tackling Prejudice With Anti Racism Books For Children

I’d like to thank Ben for sharing his story about a difficult subject – particularly given that so many others were unable or unwilling to.

There’s no shame in admitting to having behaved badly in the past; I actually think it’s an admirable quality if you’ve turned your life around and can offer insight which may be helpful to others.

So, let’s see what the comments bring… Now you’ve read my brother’s story, is anyone willing to come forward about similar experiences? I’d love to hear your thoughts about this post. And I’d be totally thrilled if I had a few people willing to share their own stories as anonymous guest posts – I think this could be incredibly useful to gaining a greater understanding of a pervasive issue.

(And by the way, if it helps you to feel brave, in a couple of weeks time I’ll be talking about when I was accused of being a bully. Eek!) 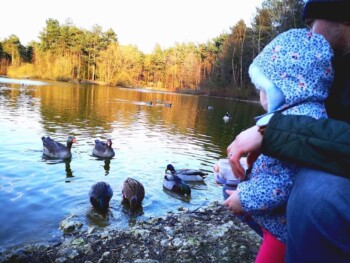