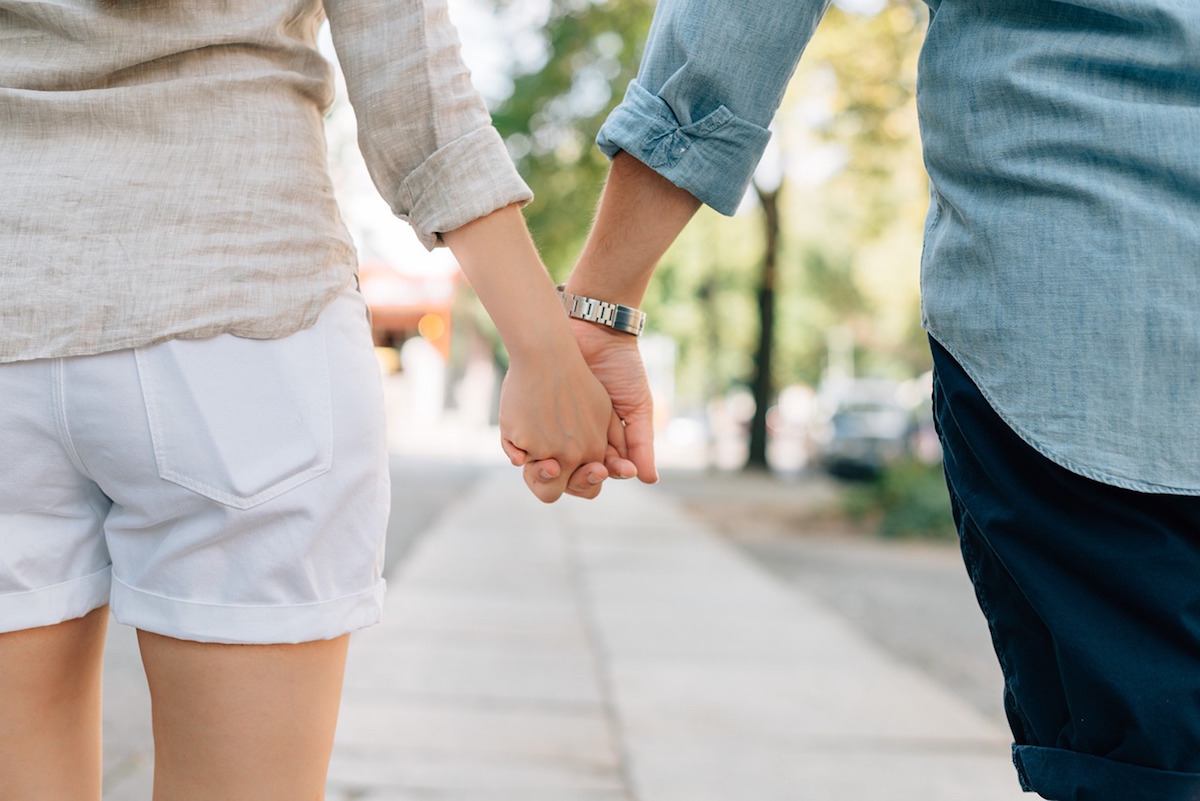 Home » The Best Thing We Ever Did for Our Marriage

When my husband and I were younger, prettier, and stupider, there was one issue that kept coming up between us. I wouldn’t be surprised if the same is true for many couples finding their feet. But shortly before we married we found a way to completely sidestep the consistent disagreement – so much so that it’s something I never even think about anymore. It only occurred to me how neatly we’ve overcome that hurdle to make way for a happy married life when I was chatting to a friend and the subject came up, and it really made me appreciate how far we’ve come. So today I thought I’d share with you how Dan and I successfully resolved financial affairs between us.

For a start, it’s really important to recognise that money and matters relating to it fundamentally come down to our values. The reason I mention this is that if one partner has a very lax attitude to saving and believes in managing hand to mouth, living it up on credit and finance, while the other is much more frugal, becoming anxious if they don’t meet their monthly target of savings – you may not be able to meet in the middle too easily.

For Dan and I, it was really very simple: neither of us are disrespectful to one another and we both want a nice, balanced life – our values matched.

Neither of us are selfish (although Dan is undeniably generous to a fault, while I’m a little more careful). Yet somehow, we found ourselves bickering on a semi regular basis. It was really very silly, but we would constantly be reminding each other of how we’d covered this or that bill, or paid for our last meal out together. Why? What was the reason for this destructive pattern in our relationship?

I think ultimately it was bound up in wanting to prove we were each paying our way and not taking advantage of the other. Understandable, sure – but not exactly sexy!

When I was chatting to my friend the other day, she was talking about how her and her husband’s circumstances have changed over the last few years. I’m sure their situation is typical for many, many families. As a young couple earning similar incomes, they had their own bank accounts and paid for specific bills of roughly equal amounts. They went on to have children, she became a SAHM initially and has since gone back to work part time.

My friend is now in the position whereby the majority of her income is spent on childcare – the same scenario that plays out every day for parents up and down the country.

Practically, this means that she finds herself being far more prudent about outgoings and unable to spend frivolously – again, very much how we all adapt our spending when we have a family.

But what made an impression on me was the fact that there are now occasions where my friend will need to ask her husband to help her out with some cash. Not that he would ever have a problem with doing so – they have a great relationship and she made it very clear to me that he would never question it and even tells her that it’s their money. Which, of course, is as it should be.

But that doesn’t stop my friend from feeling that she’s no longer contributing equally to the household; it doesn’t prevent the sense that she’s asking for a handout. And that’s not as it should be.

I don’t want to bang on about the value of a woman’s practical contributions to a home while her husband or partner is at work, because that’s been done a thousand times and is not really what this is about. Although it is bloody significant. And likewise if it’s dad at home – this is not at all about sex or gender.

You May Also Like...   6 Important Questions to Ask Yourself Before You Get Married

How We Achieved a Happy Married Life

So how did Dan and I avoid all this dancing around the issue of money? It’s really very simple:

Shortly before we wed we pooled our finances.

We have a joint bank account and a joint credit card. Everything is ours, and nothing is mine or his. (Although credit to my dad for one of my all time fave sayings: ‘What’s yours is mine, and what’s mine I keep.’ I’ve been known to break that one out occasionally for laughs.)

We were genuinely concerned initially about how this would pan out. We didn’t do it lightly and had a big conversation first, which essentially went like this:

We’re getting married, this is forever, we love and trust one another; what problem could we possibly run into?

Yes, that’s very simplified. But sometimes the greatest quandaries in life have the simplest solutions. As a nation we’re prone to overcomplicating things – I’m often guilty of doing it myself! But on this occasion I can confidently say that we got this right. Don’t just take my word for it though – research supports our experience!

Because I’m also a stay at home mum to our daughters, I no longer earn as much as my husband. But I never feel inadequate or have to ask my husband’s permission where money is concerned. We’re both sensible and we both have access to our accounts. We’re both reliable and respectful of each other, and pooling our finances works perfectly for our marriage.

How do you manage your finances as a couple? Would you consider pooling everything, or do you not feel comfortable with the idea?

Baby Sleep Regression By Age, and How to Survive

Why I’ll Instil the 7 Deadly Sins in My Daughters