11 Ways to Wash Your Toddler’s Hair Without Tears

Home » 11 Ways to Wash Your Toddler’s Hair Without Tears

If you’re here it’s probably because like me, you’re in the desperate position of wondering how to wash toddler hair without crying, and feeling like you’re abusing your kid. When there seems to be a real fear of washing hair, bath time can become seriously stressful. I’ve been there, and I have you covered.

When it comes to parenting there are many poignant milestones to experience; such things as first words; first steps; first (successful) day out of nappies.

And then there are those other milestones, you know the ones, I like to call them ‘rites of passage’.

These include your first mega vom; your first poonami; your first poonami away from home in the most inconvenient place possible, by yourself, on the one occasion you forgot to replace the wipes (it was hellish, I’ll never forget it). And your first hairwashing induced meltdown. But how on earth can you wash your toddler’s hair without tears and tantrums?

I’m yet to discover a small child who actively enjoys having their locks lathered, the universal sound of which – akin to fighting off a would-be murderer – is unmistakable! For the sake of your sanity and your eardrums, I’ve compiled a list of tried and tested hacks for washing toddler hair, plus my own top tip which ultimately fixed the issue for us!

How to Wash Toddler Hair – With No Crying

Once you’ve reached the point where bath time has become a battle, it can be major source of stress knowing how to wash toddlers hair – who hates it more is not an easy question to answer at this stage!

So what’s the best way to wash toddlers hair? There are lots of them!

This was a game changer for us, and it occurred by accident. The typical toddler, Pixie hated having her hair washed.

After attending an event where I was given some lovely products, I was using the nearest conditioner to hand one day and Pixie happened to love it. I can’t say I blame her because it’s a lovely foamy one and I can’t deny there’s something very moreish about smushing it between your fingers!

You May Also Like...   How to Manage Colic Symptoms in Breastfed Babies

Anyway, Pixie now looks forward to her hair washes, because she knows she’ll get a handful to play with. It’s not cheap, but it’s totally worth it. Pun not intended, though I do love a pun. (Plus it’s actually Pantene, not Loreal.)

Half the battle with washing toddler hair is distraction and keeping them calm, and this idea encourages play – and specifically an opportunity to act out their fear on the doll, hopefully thereby eliminating it.

Sometimes a different perspective is all that’s required for a successful toddler hair wash! By getting them on their feet and using the shower hose they’ll hopefully feel a little more in control, which in turn will help them relax.

This one is simply about making bathtime fun! It may not be an active solution to the problem itself, but in some cases the promise of drawing all over the bath may be enough of an incentive (okay, bribe) for them to allow you to wash their hair without pinning them down.

A while after writing this post, things got worse. Much worse.

Nothing on this list worked. I was beginning to panic, because it was no longer just about hair-washing, the fear had extended to sitting in even half an inch of water – she refused. As I lowered her, she screamed and clung to me like a baby monkey. A fear that escalates to this degree can be categorised as a genuine phobia. It’s known as ablutophobia, and it’s no joke for parents.

But I did – eventually – find a way around it. Read the full post about helping your baby overcome a fear of the bath.

I also asked some fellow bloggers for their top tips…

More Top Tips for How to Wash Toddler Hair Without Crying…

‘I get her to hold the shower head herself so she can control where the water goes, (with a little guidance!) it a) distracts her and b) puts her in control in her mind. We also play ‘hair salon’ where I ask her about her day and where she’s going on holiday!

You May Also Like...   Babystyle Oyster 2 Review - Our Best Investment!

It only works if I address her formally as if she really were a client and I didn’t know her well enough to use her first name, putting on a foreign accent to immerse myself into the role fully seems to really help too, so far I’ve tried French, German and Russian!’ Pink Pear Bear

How to rinse toddlers hair can often be the most distressing aspect of a hair wash. This can be a great solution:

‘My daughter wears her swimming goggles. She loves them and now asks to have her hair washed.’ And Another Ten Things

‘Not necessarily long hair based but autism makes hair washing very stressful hear. We use a bath visor and cups held over the ears. We then use 3 jugs to wet and 5 jugs to rinse and count down, so that he knows how long is left.’ Someone’s Mum

‘Using a visor can help or my two used to love the novelty of wearing goggles!’ Hello Baby Blog

‘My daughters hated having their hairs washed but now are ok with it as it’s our one on one time. They sit and look up at me in the bath while I stand over them keeping eye contact and asking about their day, what they have enjoyed and what treat they can have for supper when we are finished. It keeps them focussed and their heads back – hair washed in no time and a little bonding never hurt.’ Country Heart and Home

‘My daughter has a special hair washing song! We put Bohemian Rhapsody on every time we wash her hair and she sings along! (Inspired by the line “look up in the sky” to get her to tilt her head back) she’s still not a great fan of having her hair washed but the song helps to distract her!’ My Mummy’s Pennies

You May Also Like...   Sleepyhead Grand Baby Pod Review - Will It Make My Baby Sleep?!

‘Seeing how far down her back she can make her hair reach while I rinse it – that keeps her head right back while she concentrates on the challenge.’ Going on an Adventure

‘I find washing each other’s at the same time helps. So she’ll have a cup to poor water over my head and I’ll have one to do hers. Great distraction and she finds it hilarious as I make lots of splashy noises!’ Mummy in a Tutu

10. ‘Magic’ Flannel (a twist on the classic Face Flannel)

‘Rian hasn’t got long hair, but he has a “magic flannel” to put on his face while we rinse his hair so water doesn’t run down his face…’ Mumzilla

‘When my daughter was small she used to be scared of the water going in her eyes. It never did, but it worried her, so I used to get her to hold a dry, folded flannel over her eyes, which kept her calm.

It’s always worth finding out what it is about the process that bothers them. Sometimes letting them have some control, such as putting the shampoo on themselves, can help. Oh, and, maybe let them choose their own shampoo, if possible.’ The Parent Game

11. Reward Them With Story Time

Promise to do something fun like reading them a story after washing their hair. It gives them something to look forward to and will help to calm them down once you’ve finished. Follow some tips for engaging toddlers with reading books; try talking about your favourite stories to distract them and get them excited about story time.

So there you have it – our top tips for how to wash baby hair without tears or tantrums! Do you have any other novel suggestions that aren’t on the list? 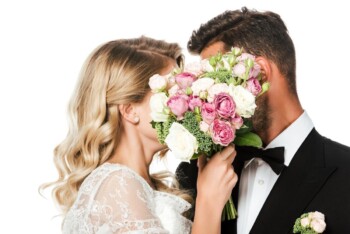 Plan Your Dream Wedding With This Ultimate Timeline Checklist!