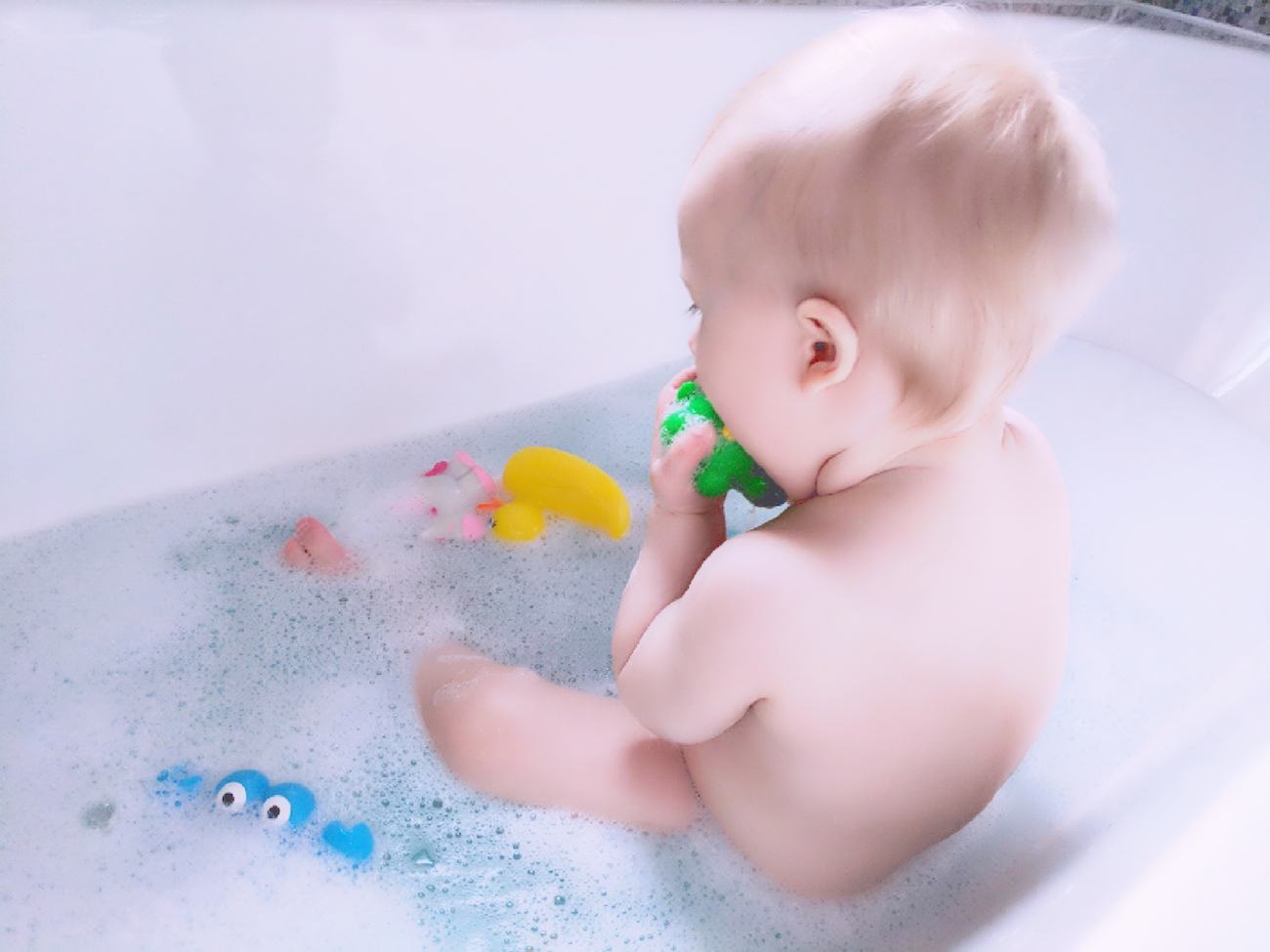 When our youngest was a toddler we encountered a problem that I’m sure is common to many households, but it was something we’d never experienced with Pixie. And it threw me for six, because I had no idea how to resolve it. After Elfin previously loving getting in the tub, why all of a sudden was my poor baby scared of bath time? It sounds almost comical, but trust me when I say that when it happens the reality is far from funny – it’s no joke when your baby hates bath time.. I was left second guessing myself and wondering what can help for a baby suddenly scared of bath time – how could I help her overcome her very real fear?

Initially I tried not to overthink it. I presumed that it would be easily remedied and that a little distraction would soon fix the problem; alas toys and games did nothing to help her relax.

Baby Scared of Bath All Of a Sudden – Help!

Elfin’s fear of bath time quickly escalated and became so problematic that we had to start taking the girls for baths separately.

It didn’t matter who attempted to put Elfin in the tub; she didn’t discriminate – she simply screamed. Worse – she refused to sit in the shallowest water, clinging to me instead. There was no prising her off for even a quick sponge down – she was literally like a limpet.

It broke my heart to see my baby terrified of bath time so much; but I had to keep her clean, and wet wipe washes were not a legitimate longterm solution.

While I was initially baffled as to why my baby hates baths all of a sudden, it dawned on me what had caused the issue. And when I realised it was my own fault – I’d instigated her phobia – the guilt I felt was immense.

Why Is My Baby Scared of Bath Time?

I’d been so paranoid about hurting Elfin by getting shampoo in her eyes that I’d tried to gently lay her back in the bath to have the suds rinsed out.

When one day she resisted, I forced her. Of course I held her safely, but she didn’t like being manoeuvred into that position; she wanted to be upright. The first time she screamed and writhed, but I was so sure it was better than the alternative, that I did the same again for her next hair wash too.

She wasn’t going to trust me a third time – and so began her terror of the bath. My error had been designed for her benefit, to keep her pain-free and so she wouldn’t make an association between sore eyes and bath time.

Such irony that I’d served only to create the very problem I’d been trying to avoid.

So now I had to try to undo my mistake and the fear I’d instilled in my baby girl, and I was beginning to feel a bit panicky that nothing was working.

I spoke to friends, a couple of whom who had gone through similar. One told me her daughter’s irrational phobia had lasted for around three months. I imagined the many stressful evenings ahead and couldn’t bear the thought. I wasn’t prepared to allow the situation to continue for so long if I could possibly help it – I needed to find a way to make things better quickly.

How Can I Help If My Baby Hates Bath Time?

Toys, games, bubbles, books, singing, the shower head – I tried everything I could think of to take the focus away from the bath and distract enough to get Elfin to sit for a very quick soak. Nothing worked.

Finally, just as I was getting really desperate, I made a plan and – thank god – this time we had a breakthrough:

I waited till Pixie was at preschool so Elfin and I had a couple of uninterrupted hours. I ran a lovely warm bath in the middle of the afternoon.

And I got in with her.

Baby Fear of Bath – a Resolution!

I held her close to me as I lowered us both in, and she clung to me. But instead of screaming as her little body hit the water, she relaxed into me. And then she allowed me to trickle water over her, and bathe her. She splashed and laughed and enjoyed her bath for the first time in several weeks.

Naturally I didn’t attempt to wash her hair! But I was delighted with the progress and it felt like success. We bathed like that a few more times, and then Elfin’s confidence returned enough for her to be happy without me again.

I still feel guilty for making Elfin feel so frightened of being in the bath, and I’m so relieved that with a little bit of perseverance we soon got past it.

You May Also Like...   Tips to Help Kids Confidently Ride a Bike and Adventure Fearlessly!

Now, although she doesn’t like having her hair washed, she tolerates it. I learnt my lesson and instead of laying her back, I now pour the jug straight over her head which she can cope with. I trust the bottles that say ‘no tears’ and – most importantly – Elfin trusts me.