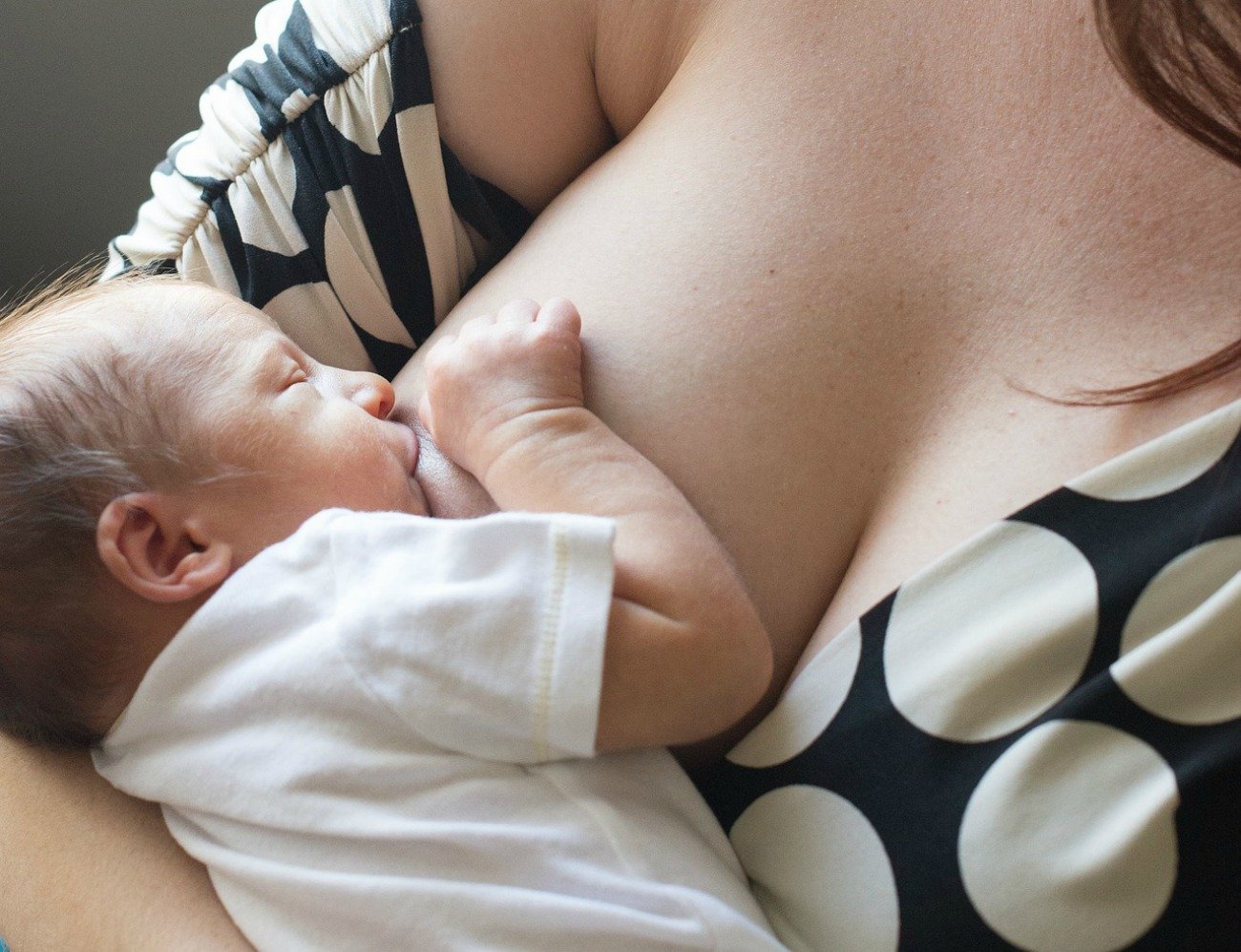 How to Introduce Bottles Without Jeopardising Breastfeeding

Home » How to Introduce Bottles Without Jeopardising Breastfeeding

When I had my first daughter I was determined to breastfeed, and despite some early problems, I managed to do so successfully. However, though I liked the idea of my husband being able to give a bottle of expressed milk in the evening, I was too worried about when to introduce a bottle without inadvertently sabotaging our breastfeeding journey to attempt it until Pixie was much older. But as it turns out, there’s a right way and a wrong way. Today I have a breastfeeding peer supporter explaining the pace feeding technique.

Unsurprisingly she wasn’t interested at six months old and we never really ended up going that route at all.

Second time around I wanted to be more flexible, though if I’m completely honest I’m still anxious about the prospect of introducing a bottle to a breastfed baby – without jeopardising nursing.

When’s the right time? Is there a perfect window, outside of which you risk your baby rejecting the breast or the bottle? And how big is that window of opportunity?

Should You Introduce a Bottle to a Breastfed Baby?

There seem to be so many variables that it’s a little daunting, despite since having found information which suggests that so long as latch is established, it should definitely be possible to introduce a bottle without risking a premature end to breastfeeding. However, having spoken to local breastfeeding peer supporter, Gemma Cash, it transpires that it’s not quite that straightforward – of course nothing ever is where babies are concerned…

I asked Gemma to kindly explain the intricacies of successful combined feeding, and when to introduce a bottle to a breastfed baby, without compromising breastfeeding. Over to Gemma…

Problems With Introducing a Bottle to a Breastfed Baby

“Unfortunately this [established latch meaning no problems] is not always the case. It’s actually quite common for babies to start having issues at the breast once bottles are introduced. The early weeks are particularly crucial but problems can occur at any age, particularly if parents are not given information regarding paced bottlefeeding etc. The issues are more commonly related to flow preference than nipple confusion, although latch can also become a problem.

The main issue as I said is usually flow preference. This is not necessarily related to a poor latch, but the natural slower flow of milk at the breast – even when baby is latching well and breastfeeding has been successful for many months.

Milk flow at the breast tends to work in cycles – the baby works the breast which stimulates the body to let down milk, and the baby gets a quicker flow. This then slows down and often repeats, with the baby having to work the breast again to stimulate another let down, before feeding generally comes to an end with the common fluttery style of suckling.

This differs to a bottle – where flow is continuous – and in the typical bottlefeeding position a baby doesn’t have to work for it at all: if you hold even a slow flow bottle upside down milk will usually drip out.

When feeding a baby that milk fills their mouth even if they are not trying to drink; this forces them to swallow which creates further suction on the teat and therefore more milk fills the mouth. If a baby is actively feeding then they can gulp down a whole bottle very quickly – much more quickly than it would usually take a baby to drink the same amount at the breast and with far less effort.

This can increase the likelihood of overfeeding, as can the common tendency to encourage baby to finish the feed / drink a little more due to the more visual nature of bottles. This increased risk of overfeeding can result in baby taking less milk from the breast at the following feed or going longer between feeds – both leading to a further reduction in a mother’s milk supply.

Some babies manage to combine the two different ways of feeding with no issue and still enjoy feeding at the breast in the same way as before. Other babies – even those who absolutely loved breastfeeding before and may have been reluctant to use a bottle initially – can start to prefer the faster, easier flow at the bottle.

You May Also Like...   Intimina Ziggy Review - The Best Menstrual Cup for a Low Cervix?

This can result in them becoming fussy at the breast as soon as the milk flow slows. Often they’ll pull, tug, fuss and cry which can result in Mum feeling she needs to offer baby an extra bottle as they haven’t fed well. This then reduces Mum’s supply further, which means baby will have to work even harder to get the milk flowing.

This cycle can continue until a baby refuses the breast entirely and demands the bottle.

A mum who may have wanted to introduce only one or two bottles a day can end up almost exclusively bottlefeeding – and then feeling they have to stop breastfeeding completely as baby is now refusing the breast. This can be quite upsetting for mums – not only because they’ve ceased breastfeeding before they wanted to, but also due to feelings of rejection which may surface when their baby seemingly chooses the bottle over them.

The Technique of Pace Feeding

Using the paced bottlefeeding technique can help reduce the likelihood of this happening but it’s not something that most parents know about or are told about unless they’ve actively sought advice from a breastfeeding specialist or perhaps done their own research.

I feel having this information and support before making the decision to introduce bottles is really important. If Mum needs or chooses to combine bottles with breastfeeding then having that support from somebody knowledgeable will definitely help decrease the risk of issues – however there’s still the chance that problems can arise, so it’s worth thinking about carefully and monitoring closely should you decide it’s right for you.”

You May Also Like...   This is Why the Juggle Struggle is So Tough on Parents of Young Kids

With great thanks to Gemma for helping to explain the nuances and potential difficulties of introducing a bottle to a breastfed baby. And following on from the last comments about how to increase the likelihood of successfully introducing a bottle, let’s take a look at the technique of pace feeding which Gemma mentioned.

What Is Paced Feeding?

The technique of pace feeding is essentially when you attempt to mimic breastfeeding as closely as possible. This is primarily done using the following steps:

Sometimes the simplest way to fully appreciate a new technique is to see it in action:

My personal experience is that the ‘right’ bottle is also critical to success, and you can get some great recommendations of the best bottles for breastfed babies here.

Have you combine fed successfully? What are your thoughts? about when to introduce a bottle to a breastfed baby? I’d love to hear about your experience in the comments!

Unusual Pregnancy Symptoms You May Not Be Aware Of

Scalded at Two: How Scars Affect Confidence and Self-Esteem