My daughters both kept me very busy at night when they were little – that’s not to say they didn’t/don’t do the same during the day, of course. But my second daughter in particular was, at her worst, getting me up around eight times a night as standard. It got me wondering about a typical baby sleep schedule, and what’s ‘normal’.

Thankfully our bodies are quite marvellous, and you absolutely – as a matter of necessity – adapt. Kind of.

It became my norm and I was used to it. Sure, it was getting me down, but I was coping – better, probably, than when a regression saw me suddenly getting me up three times a night rather than two.

I am part of some really fab online communities for parents. There’s one in particular that fits my core values as a parent. Which, incidentally, are not the same as I anticipated they would be prior to having children!

I didn’t factor into my assumptions that I would suddenly feel emotions I could never have known were lying dormant, just waiting until I became a mother. There’s no point fighting them, they’re bigger than you and they’re your baby’s way of ensuring they get what they need (or more often want) – now!

The Cry it Out Yourself group on Facebook supports those parents who do not buy into conventional sleep training methods. But this post is definitely not positioned as a soapbox on that particular topic… I’ve no desire to provoke or offend anybody with differing values to my own. (Though should a debate evolve organically in the comments section, I will not hesitate to respond!)

Out of desperation one morning, I asked a question within the above-mentioned group, and I was so overwhelmed by the response that I decided it would be a wasted opportunity if I didn’t turn the data into a post.

What Does a Typical Baby Sleep Schedule Look Like?

I’m paraphrasing, but I basically asked whether members would be willing to share the average number of times their babies wake at night, and their ages. I was curious to see whether a pattern would emerge, or if it would be as random as the time we found a crab outside our urban garage, ie. totally random.

Before I begin, I’ll just quickly mention that of course there’s a recommended amount of sleep for babies. Naturally, we all wish they’d follow these guidelines, and equally naturally, it’s rare that they do. So this post is not about what’s recommended, it’s about the reality of how real life babies are actually sleeping.

What follows is my best effort at analysing the many responses I received (146 babies and toddlers). Please note that there were some instances where I had to discount comments that were unclear, and other circumstances in which I had to apply a degree of discretion by rounding up or down – because as we know, those babes do like to be awkward and have a tendency towards variable, unpredictable sleeping habits.

After several comments had been posted, it was suggested that it would be very intriguing to include breastfed versus formula fed details, as well as sleeping arrangements. Unfortunately, I was unable to use that information to form part of my results, since it was not provided by all who took part.

So, without further ado, I am putting on my researcher’s hat and shall endeavour to feed back the results of my Scientific Study*.

*For clarification and transparency, it’s Scientific with a capital ‘S’; scientific’ is a word you will all be familiar with, such that it requires no explanation. ‘Scientific’ being capitalised, however, can be presumed a parody of the true word. Basically, I got a bit over-excited at the idea of myself as a scientist (I’m not), conducting an investigation/experiment (it was more of an inadvertent survey), and analysing the data to produce some graphs for my first (and probably only) ever study. For the graphs, I used my laptop and well-known spreadsheet software to create piecharts. ZING.

As you can see, a little over one third of these babies are waking once or twice a night. But for nearly a quarter of damn-lucky parents, their babies are already sleeping through.

Do I sound envious? I’m not envious. (More sceptical as to how this is possible. A thimble of brandy or a rubber mallet are not acceptable, right? So then HOW DO YOU MAKE THIS A REALITY?!)

Here you can see that exactly half of the babies are waking at least four times per night.

Parents are super heroes. That is all.

Hold on, I forgot something – we also deserve chocolate and perhaps wine on your way home please, Darling. Dark and Merlot, preferably.

Things begin to improve a little after 12 months. Alas, nearly half of those surveyed continue to wake once or twice, with the next largest percentage still going to those cheeky babies in the 4+ times category. (We called ours a Devil Pixie. It’s kind of cute, whilst also conveying our disapproval. Our second daughter is known as Elfin Angel which has turned out to be a sick joke.)

The older toddlers are beginning to do markedly better. However, it is worth noting that still, nearly half wake once or twice per night.

Looking at the entire group of babies across all age ranges, what is immediately apparent is that each segment is almost equal.

Fascinating. But what does this mean?

The crucial bit of information that we have all been waiting for:

But really, what we parents want to know when all is said and done is this:

Is our situation healthy? Am I doing the right things? When will it end?

Essentially, is my baby normal?

Here you go, guys, this is ultimately why you read this far…

I could easily have included one more piechart (they’re kind of addictive and make me feel quite academic). However, I didn’t want to go OTT with something that would come off mawkish and trite. So I’ll just say it without the imagery and allow you to conjure up a vision of joy modelled on your own family and bask in those fuzzy feelings until the baby wakes:

Percentage of babies worth the sleepless nights and exhausted days? 100%.

Do you think this survey is a true and accurate reflection of baby sleep patterns? Please comment below! 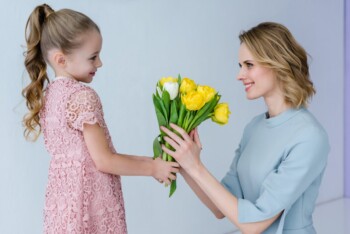 The Important Role of Kindness in Wellbeing

8 Ideas for Your Wedding Dress After the Ceremony