How to Clip Your Uncooperative Baby’s Nails

Home » How to Clip Your Uncooperative Baby’s Nails

When Pixie was a toddler I found myself facing a dilemma: my daughter would not allow me anywhere near her nails to cut them. In hindsight, the disproportionate level of stress this induced seems a little silly, but at the time it felt like a disaster: I couldn’t bear the thought of being that mum who cut her child with the clippers. But I did eventually find a way, so I thought I’d share my solution for how to cut baby nails safely, in case you too are struggling.

Initially I told myself it would just be a short phase and I’d cut them a few days later; then I realised the longer ones on her tiny toes were beginning to curl over and I had to find a way to trim my baby’s nails before they became a problem.

Of course, there’s such a thing as being ‘cruel to be kind’, and – yes – I could have chosen to overpower her and hold her down to get the job done.

But that felt so wrong – I didn’t want to be that mother either. This was becoming a genuine source of anxiety!

I sought help from friends and Google, and there was a lot of advice:

Over the course of several days I tried them all. Nothing worked.

You May Also Like...   A Wonderful Children's Book About Self-Acceptance

I tried coaxing and bribing; I tried while she was napping (ruined that sleep, dammit); I tried when she was in actual bed at night – until I almost woke her up three times and lost my nerve.

Pixie is nothing if not stubborn. I was starting to panic.

In the event I did – of course – find an answer. And I want to share that with you today, in case you suffer the same fate with your contrary child. 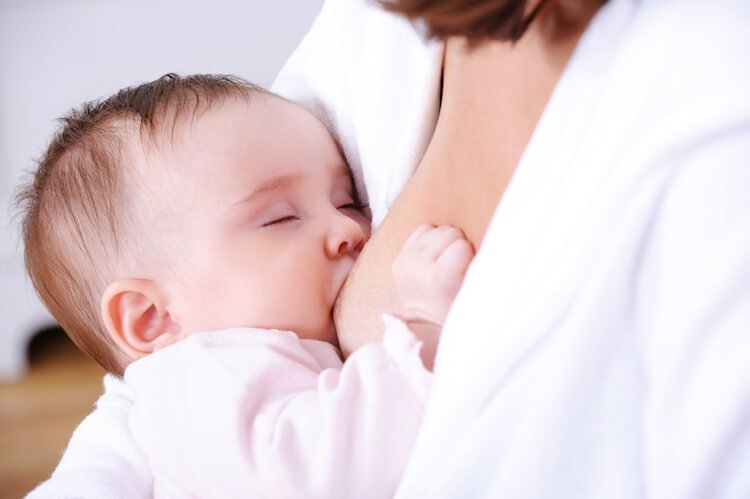 How to Cut Baby Nails Safely

Pixie naps in her pushchair. Every. Single. Day. This is both a blessing and a curse:

Turns out snoozing in the pushchair has another blessing too…

In desperation I took her nail clippers out of the house when we went for our daily walk to get her to nap. 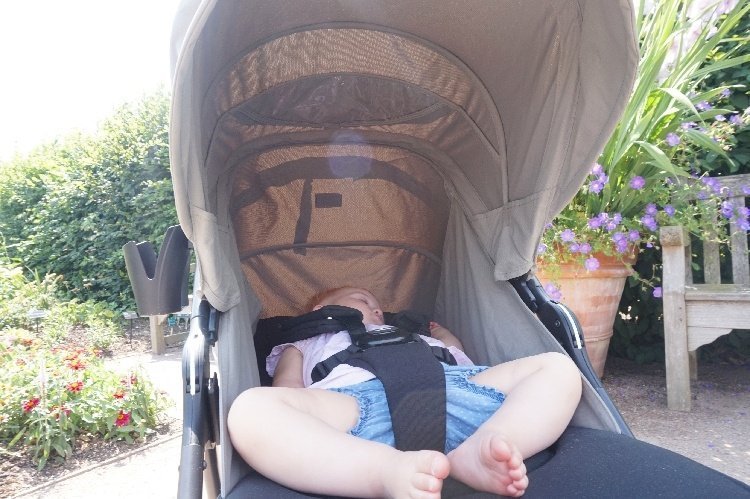 We continued our walk to our local Costa, and I continued to frantically think up a way to get the job done quickly, but without an audience.

When we arrived, we were (praise Mother Nature) still in the midst of The Magic Window – the divine zenith during which not even an earthquake would rouse my sleeping beauty. I had ten precious minutes.

I zipped into the baby change loo and painstakingly – silently – cut every one of her nails, as deftly and stealthily as possible (being very careful to avoid putting my bum too close to the hand dryer, lest its din ruin my good work).

It may be an unorthodox solution for painlessly trimming baby nails but parenting is hard and I take my wins where I can get them. If it works then go with it, right?

I continued to use that method until something changed and Pixie relented: shortly after I was able to cut all twenty of her nails, at home, with minimal fuss. She’s growing up. Sob.

I also painted her nails for her recently. The occasion was that mummy desperately needed to get ready for a business meeting (which included painting my nails) before nanny arrived to take over childcare.

Naturally, almost as though she could smell my rising anxiety levels as time ran away, Pixie became a limpet, refusing to allow me to finish my essential ablutions. So, against my better judgement, I allowed her to emulate mama and have coral toenails the same as mine. Yep, it looked garish on a 22 month old, but needs must.

For the foreseeable, ie. for as long as I can get away with it, we’re back to plain nail trimming. Here’s hoping Pixie’s fickle nature doesn’t extend to an irrational fear of the clippers – because if so, once the Magic Window ceases I will be in big trouble…

You May Also Like...   How to Manage Colic Symptoms in Breastfed Babies

And I have a cold, creeping fear that in our house the end of the nap is nigh. And I dread that day almost as much as I dread opening the kitchen cupboard after a bad night with Pixie to find we’re out of coffee.

How did you overcome the nail-cutting dilemma with your little one? And what age do you think is acceptable for painting a toddler’s nails?

Review of Marygreen Manor Tudors Restaurant – It Was Sublime