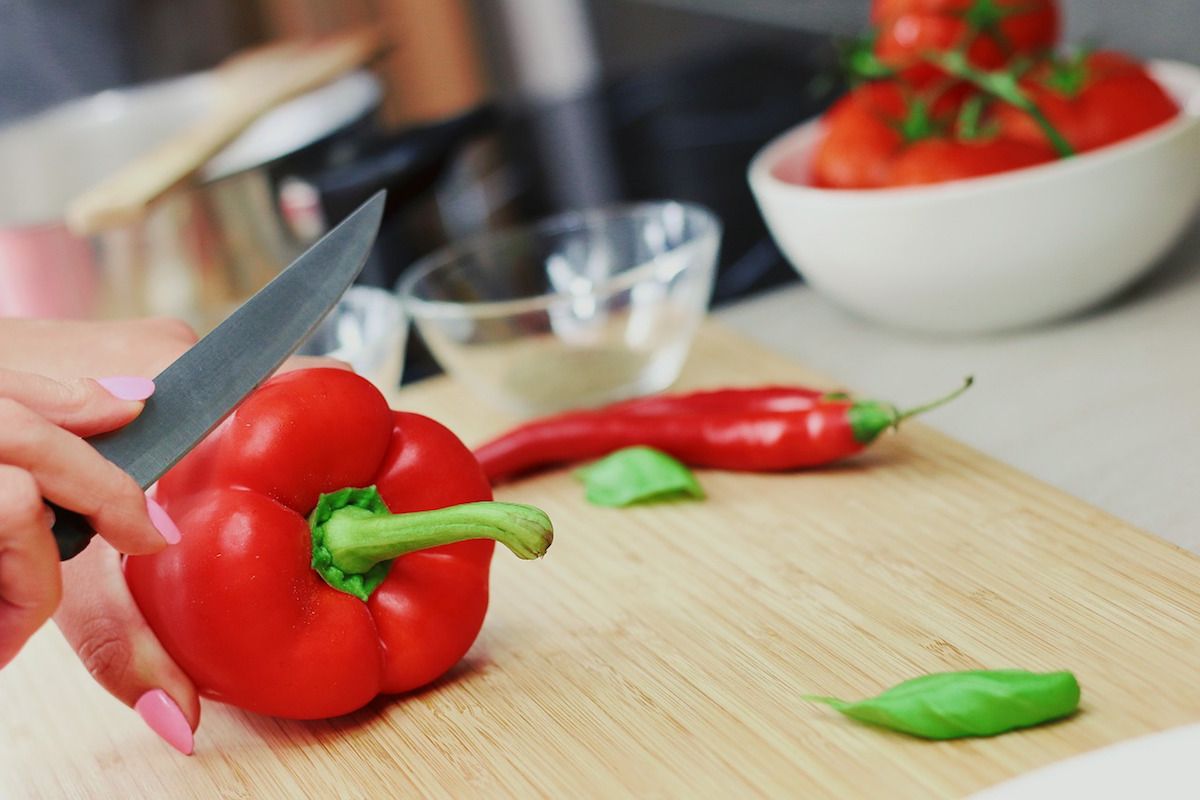 Pescatarians and Flexitarians: Cheating Veges or a Healthier Lifestyle?

Home » Pescatarians and Flexitarians: Cheating Veges or a Healthier Lifestyle?

I was recently watching a programme with my husband about sustainability, and I was deeply affected by what I was seeing. We chatted about it and, among other changes, we made the spontaneous decision to dramatically overhaul our diets. We immediately stopped eating meat and chicken, and today I want to talk about the pescatarian diet pros and cons, and specifically choosing to be pescatarian vs vegetarian – does one have greater advantages over the other?

There are undeniable health benefits to becoming a pescatarian:

Eating fish, particularly oily fish, increases the amount of long-tail omega-3 fatty acids in the diet, the unsaturated fat that improves blood cholesterol levels are known to be beneficial for our health. Eating fish also lowers blood pressure and can even protect against some cancers.

Aside from fish and seafood, the pescatarian diet is largely plant-based, which offers additional health benefits including a reduced risk of coronary heart disease and type 2 diabetes.

However, health was only one of the reasons behind our impromptu decision; the biggest drive for us is to actively be more ethical.

This is something I’ve struggled with a little bit; I’m writing this post to clarify my values in my own mind – and also so that when I’m accused of being a hypocrite I have somewhere to direct my critics! I know people who have had long-lasting fallings out about the subject, and while I don’t feel a need to justify myself exactly, I do think it’s an interesting subject and a topic we should be discussing.

One interesting aspect is how to handle our children’s diets and whether or not they should include meat and poultry by default.

We’ll guide our children with education, and allow them the freedom to make their own informed choices in life, in issues such as religion and politics. Ditto eating meat – but what should the default be? Should it be the norm in the home as children grow up, or should it only be introduced once they’ve made the conscious decision to include it in their diets? That’s a tough one.

You May Also Like...   Intimina Ziggy Review - The Best Menstrual Cup for a Low Cervix?

Dan and I have decided we absolutely won’t stop our children from eating meat, though neither will we be actively purchasing it to prepare at home any longer. For the most part, our girls eat the same foods we do – therefore their diets will naturally align with ours and include less meat and poultry. This brings its own challenges in ensuring they get adequate nutrition from other sources. However, when with family for example, the girls will eat meat if it’s on offer. Rightly or wrongly, our stance is based on what we consider to be most healthy for them.

Usually when people choose to be vegetarian it’s usually because they have a fundamental problem with the idea of slaughtering animals for our gain. I understand this – thinking too hard about animal husbandry and welfare conditions is unpleasant to say the least. In many cases intense farming is, frankly, abhorrent and unjustifiable. These practices are what I no longer want any part of.

With this in mind, I’ve considered becoming fully vegetarian, but having evaluated the pescatarian diet pros and cons, I decided that the health benefits of regular helpings of fish are too great for me to ignore. Incidentally, if you are interested in finding out more about your dietary health and whether a plant-based diet could benefit you, there are nutritional tests available to see check for vitamin deficiencies.

For the past year or so I’ve been making a point of buying free range chicken so as not to be supporting the disgusting conditions to which those poor animals are subjected in their short ‘lives’. In the past my priority has been thriftiness, but as I’ve become more financially comfortable, I’ve begun to put other values ahead of saving.

My most recent effort to be more ethical has been to make the switch to becoming pescatarian*.

Interestingly, I’ve discovered that even diehard vegans are not entirely ethical: they create a demand that takes grains away from developing countries which depend upon them for their people. There’s also an argument for the way those grains are harvested and the creatures that have their homes destroyed in the process.

Essentially, unless you’re literally living off your own land, without using machinery or pesticides, then there’s no single diet that’s perfectly ethical.

Of course I’d be naive to think I won’t have people pointing out the fact that my arguments fall down both in terms of ethics and sustainability: if I’m eating fish – on a regular basis no less – then I sound hypocritical.

Well, yes, I can see how it would appear so. I’ve taken the issue quite seriously since changing my diet a few weeks ago and I’ve been doing research to help me clarify how I feel; I’ve reached a point where I’m comfortable with my choices and how I want to live moving forward.

The bottom line is that I don’t actually have a problem with humans consuming meat – provided it’s prepared ethically. For me, that covers all bases, including sustainability, farming, and humane slaughter. After all, eating meat is a part of life for many other animals, and it’s something humans have been doing for thousands of years.

Ultimately, my stance is that eating meat is acceptable if specific conditions are met:

There are reasons for and against such a drastic change to my diet, but do pescatarian benefits outweigh the disadvantages? Removing meat from my diet is a small way to show my support of treating animals humanely.

In terms of health, an excess of meat in the diet can be harmful; of course, meat can be beneficial – particularly for women who may experience anaemia (something I struggle with from time to time). Fish, meanwhile, is generally accepted as being nutritionally beneficial as discussed above, especially regular helpings of oily fish.

That said, I’m making efforts to remove unsustainable fish from my diet to maintain my stance across the board and avoid being a hypocrite.

*But I’m Not, Actually, a True Pescatarian – I Am, In Fact, Flexitarian

Have you heard of the term ‘flexitarian’? It’s a new one on me, but it fits mine and Dan’s values perfectly. Because we don’t have a fundamental problem with humans eating meat, we’ve decided that for health reasons, on rare occasions we’ll allow ourselves to enjoy it.

This may sound hypocritical but while I’m fully pescatarian at home, I’ll occasionally eat steak in good restaurants that pride themselves on their ethically sourced and prepared meat.

For the majority of the time I now stick to sustainable fish and seafood. I’ll never again buy mass-produced poultry or meat that’s been farmed in a way that I find repugnant, either from the supermarket or in a restaurant. I look for ethically produced dairy products because that industry bothers me too. If I’m eating with family or friends I’ll request a pescatarian or vegetarian option.

And rarely, in circumstances where my conscious allows, I’ll order an excellent quality steak, and thoroughly enjoy it.

When and How Should We Teach Our Children About Sex?