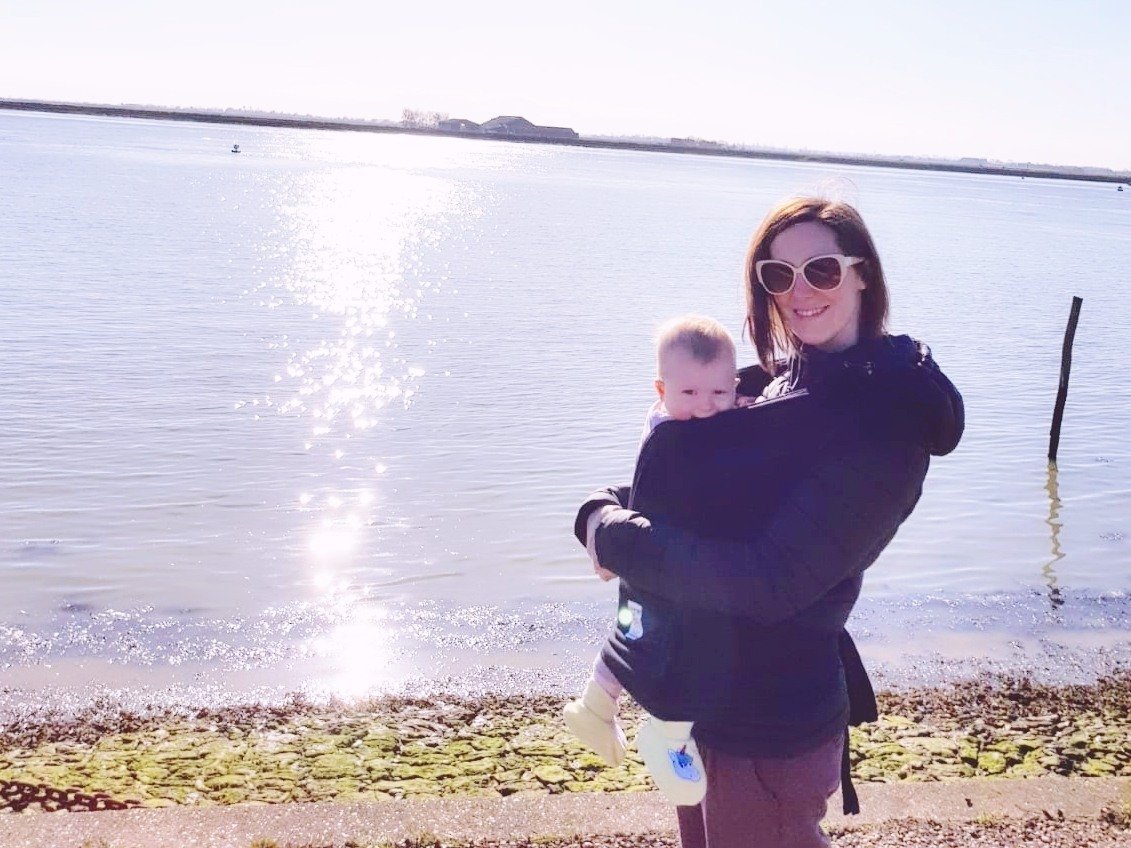 I’m My Baby’s Last Choice, and It Really Hurts

Home » I’m My Baby’s Last Choice, and It Really Hurts

I started writing this post probably six months ago, after a particularly gruelling night. Elfin had struggled to settle for sleep; she’d been up more than she’d been down and other than occasionally wanting me for my mammary glands, I was very firmly in second place to Daddy. It’s no exaggeration to say that during the course of her first year, I frequently asked myself the question: does my baby hate me?

More often than not, our nights look like this: Elfin wakes up for a feed, I nurse her, and then instead of settling back to sleep she decides it’s time to get up. This can occur anytime between two and four am, and no amount of milk or (enforced) cuddles will persuade her otherwise. Because she wants Daddy.

Second Fiddle to Daddy – Why Does My Baby Hate Me?

When this happens, there’s literally nothing I can do. If I attempt to hold or comfort her, I’m pushed away. She cries and resists me until Daddy appears, reaching for him the moment she sees him. Her distress usually abates as soon as she’s safely in his arms.

This is my young baby – my last baby.

The very same one I gave up dairy for, who I carried and birthed and loved fiercely enough to shun cheese, cake, ice cream and – oh, I could go on and on and on. But I did it, for almost a year, because I adore my girls and I’d do anything for them.

You May Also Like...   Living With Anxiety - My Secret Struggle

I’ve stressed and panicked and had major anxiety over Elfin’s allergies and associated issues. I’ve given up so, so much sleep for her both figuratively and – when I’ve been needed (never wanted) – literally too. And the only balm she could offer to make it feel appreciated is an occasional snug. But she’s just never been interested in me: Daddy has always been her favourite, with Nanny a close second.

Defeated, Because My Baby Doesn’t Want Me

Feeling broken, I recently ordered a print for our kitchen wall which reads ‘This kitchen is For Dancing’. It’s a throwback to when my husband and I were single and had not a care in the world. It also serves as our family motto; something we actively promote and encourage in our family. I often look at it and think about how things will be in the future, as our girls grow and develop into more reasonable little people… Perhaps!

I wrote some notes for a post about how defeated I felt, how demoralising it was to be wanted only for the milk I could provide and nothing more.

Was it better or worse that Pixie was the opposite and a complete Mummy’s girl? I can’t say for sure; of course it meant I had the devotion I craved from one source…

Yet it also meant I knew what I was missing: the sacrifices I make for my elder daughter are tempered by the reward of being her favourite human.

I was in a perpetual state of high anxiety, frequently overwhelmed by my mother’s instinct to worry and my desperation for a shred of affection. If ever some was forthcoming I was pathetically grateful. I’d laugh about the fickle nature of babies and small children, but the truth is that it hurt. A lot.

Oh the irony! By the time I came to write the post I’d planned, things could not have become more different. Elfin changed literally over night – on her first birthday. She woke up poorly and she was clingy – to me! Certain it would be short-lived, I embraced it.

But that was more than two months ago, and since then nothing has changed. During the last few weeks Elfin has gone from showing mild disinterest in me to suddenly noticing that she has a Mummy. I now regularly find myself in the difficult position of having both my girls crying at my feet, desperate for comfort – and each intent on having my exclusive attention.

This Too Shall Pass

Funny, isn’t it, how the grass is always greener. I see, now it’s been replaced with fervent clinginess, the little autonomy Elfin’s apathy afforded me. Finally, at 14 months I’m more needed by Elfin than I’ve ever been.

And I both relish it and simultaneously find it stifling.

I think perhaps things would be simpler if Pixie were prepared to let Daddy in a little more, but she’s far from ready to concede her place as Mummy’s number one. And with Elfin stepping up to claim the position as her own, I rarely know which way to turn. Attempting to prioritise the needs of my children is a constant balancing act, which mostly results in feeling that I’ve failed them both.

Not to mention my husband, my marriage; we scarcely recall what that means. But somewhere, off in the distance, I sense – rather than see – a pinprick of light. Almost like blind faith in religion, I’m choosing to believe a light exists at the end of this intense and tedious tunnel. And in the meantime, we make time to dance in the kitchen as often as possible. It’s a brilliant distraction for tantrums, and the best panacea for burnout.

You May Also Like...   How Doctors Are Failing Breastfeeding Mums

Your Baby Doesn’t Hate You!

I understand all too well how heartbreaking it is to feel unwanted by your infant, but babies are indiscriminately loyal – it’s far more likely that they sense your anxiety or lack of confidence. It’s a tough phase which will pass.

And when it does you’ll not only realise you had nothing to worry about, you may even yearn for the break it gave you.

If you ever find yourself wondering ‘does my baby hate me?’ – of course they don’t. In the same way they’re incapable of being manipulative or naughty, they simply don’t possess the sophisticated emotions to hate.

Planning a Family Trip to Devon? Check Out These Superb Hotels!