Mum Guilt – Going from One to Two

Home » Mum Guilt – Going from One to Two

I’m finally having my first productive work day since I birthed Elfin, by which I mean I’m actually writing. And I have so much to share; yet having had a (very short) break, I’m struggling to know where to start! I have at least three subjects I want to write about, and I’ve no idea which to get started on first – my fear being I’ll sit here staring into space and achieve very little…

I guess this feeling of being a bit overwhelmed and in limbo is symptomatic of one of the topics I want to discuss, actually. So may as well start there, right?

I want to talk about Mum Guilt. We’ve all (if we’re parents) experienced it at some point, but never is it more potent than when you produce a brand new human being. Whilst it’s touted as being one of the most wonderful things we can do for our first-born, it’s also the equivalent of putting them to bed with a stick of dynamite: we are consciously and deliberately blowing their little world wide open.

Does my Pixie love her sister? Sure she does – she adores her. I’m very fortunate that she has displayed no resentment at all towards ‘her’ baby. However, she has definitely been behaving somewhat…out of character recently; but, in fairness, so have I.

And I’m the adult who chose this and had a fair idea of what was to come, while she merely had 100% instilled hype for the concept – but zero comprehension of its reality.

You May Also Like...   The Mum My Mum Made Me, Featuring The Parenting Jungle

When I give it even the tiniest amount of thought, that knowledge smarts a little. Essentially, nobody – especially not your truly – is getting what we need from me. I feel guilt towards my entire family – and this is only one part of the problem… 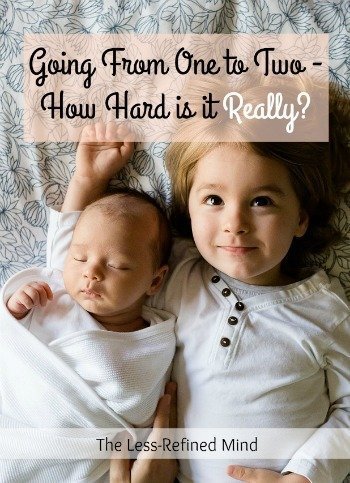 The other issue is something which only occurred to me yesterday. In the midst of trying to deal with yet more of Pixie’s difficult behaviour, I suddenly realised that I’m missing them – again: I’m missing the beauty of the fleeting newborn days. Only this time it has nothing to do with sleep-deprivation (in three weeks I’ve had only one night which has resulted in me feeling ill); it doesn’t even have anything to do with a cruel and arrogant boss.

This time, when I should be elated – and in theory I absolutely am – I’m still missing the joy of these special early days because rather than being all-consumed with love, I’m all-consumed with guilt instead.

Which, of course, makes me feel guilty…

So, how am I assuaging the MG? Now more than ever I am trying to focus on the reasons I have to be thankful, which reminds me of how fortunate I am. And that in turn helps to keep me present and in the moment, preventing me from ruminating on the many ways I may be screwing up my babies or my marriage, and ultimately allowing my mind to take a downward spiral back into the anxiety I lived with after Pixie’s birth.…

Because let’s face it – we’re none of us perfect, and I’m sure I’m doing no worse than any other new mum of two. I think.

The Mum My Mum Made Me, Featuring Even Angels Fall

The Mum My Mum Made Me, Featuring Rachel Bustin