Why I’ll Instil the 7 Deadly Sins in My Daughters

Rules – they’re essential to make the world go round. And they’re everywhere. Many are unspoken and have minor consequences, should we dare to break them.

I’ve been giving social etiquette a lot of thought and I call bullshit. Here’s why…

According to its laws, I should not:

Essentially, social etiquette dictates I should not – under any circumstances – rock the boat. But guess what? I like swimming. So I do rock the boat; frequently. I rock the boat so fecking hard I capsize the damn thing. All. The. Time.

I rocked the boat when hubby had his tools stolen and the insurers didn’t want to pay out; I did it again when our landlady tried to stitch us up; when my ex-manager threw me under the bus while I was heavily pregnant (nice guy); when my daughter’s old preschool tried to steal her funding; and on too many other occasions to count. Oh, and when friends or family let me down? Yep, then too.

But this is – almost without exception – against the better judgement of most people around me. When others are inwardly furious but steadfastly refusing to stir the waters on which their vessel floats, I rage and pitch!

I may have got a little carried away with my analogy, but the sentiment holds true. And I fully intend to instil these values in my daughters: if something feels wrong then at least try to put it right. It’s sadly necessary to recognise that life is not always fair – but that’s no reason to give up! Expect justice, accept it won’t always happen that way – and challenge it on those occasions.

It’s rare anybody else will take it upon themselves to do that for you out of the kindness of their heart – particularly when large corporations are involved, with fat cats at the helm. And while winning can make you feel exultant, that’s not the principle motivation for speaking out. It’s about self-esteem and self-worth, believing you deserve justice and actively going after it.

With this in mind, it occurred to me that even the most provocative traits can have a positive interpretation. So, based upon the 7 Deadly Sins but with a contemporary twist, my darling daughters, here are the controversial life lessons I wish to impart to you:

Society would have it that greed is bad in every situation. Alas, that same society will take you for a ride time and again; listen to your mother and learn early on that saying no is good for your health. Just be polite about it – there’s no need to screech ‘NOOOOOO!’ in your work-shy team leader’s face. An assertive, ‘I’m sorry, I’m swamped. I really can’t take that on right now’ will suffice.

That same colleague would have you believe it’s unattractive to be ‘entitled’. Well, yes, there’s a fine line – but don’t dare believe you’re any less deserving than your peers. Particularly work-shy peers. In 2019 I wish this were not the case, but given your anatomy you’re already starting on the back foot.

Work hard and strive to accomplish your dreams.

You May Also Like...   This is Why Lockdown is So Tough in My Situation

If confrontation is the work of the devil then you, my Darlings, are devil’s spawn; because any relationship I actively maintain I do so because it’s genuine – and I like to think people respect me for that. It sure makes me respect others when we’re able to have an adult conversation, air our differences – and move on.

Be brave and have that awkward discussion – what’s the worst that could happen?

If they’re keepers, you’ll strengthen your rapport. And if not, consider it necessary pruning.

If you see what somebody else has and you want a piece of that pie – go get it. So long as you’re making your own way and not treading on anyone to get there, there’s nothing shameful in a little healthy competition.

Likewise, despite what society may have you believe about enjoying your body in every way you can – it’s yours to do with as you wish.

Use it wisely, treat it with care – and yes – rejoice in it.

Everybody deserves that, it’s a basic part of being human.

Idleness is not something I condone. That said, lack of downtime is a modern epidemic: we all do too much, too fast, too often. So I absolutely promote slowing down and taking the time to be present and mindful. That’s not laziness, it’s common sense. Remember this quote (and please remind me of it frequently, too):

You May Also Like...   Parental Responsibility: Duty or Privilege?

“No one on his deathbed ever said ‘I wish I had spent more time on my business.”

These life lessons are by no means an excuse or a blessing from me for my little girls to go out into the world and be tyrants. I simply want them to know they have permission (not that they need it) to be true to themselves, in every way – even when this requires that they assert themselves beyond what makes others comfortable.

For the sake of clarity, courtesy and good manners are separate to assertiveness and equally valuable. In fact, Pixie and Elfin were both signing please and thank you before they could speak.

If a polite gesture is of no personal cost, then it’s the proper and decent thing to do. Generosity of spirit which tips over into personal harm is what I actively discourage: nobody likes a martyr.

My greatest hope is that with honesty and integrity – which should include kindness and compassion by default – there will be little room for regrets. 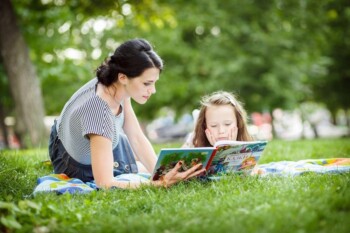 A Book Teaching Children to Shun Comparison and Embrace Their Talents

This is Why Lockdown is So Tough in My Situation

Supporting Your Child Through Corona With a Book About Feelings

10 Fun Things to Do With a Cardboard Box