Home » Stuck in a Cycle of Negativity? How to Be More Positive

This is an apology of sorts, for if I’ve been a whinge bag of late! It’s not been my intention and hopefully that’s not what’s come across; suffice to say my husband told me I’d had a run of moany posts, (cringe) which I’d really not realised till he pointed it out! Especially since in the past couple of years I’ve been making huge efforts to master how to be more positive.

My blog enables me to write down my thoughts in a cathartic process. I like to think some people will relate and therefore I’m helping others feel less alone, too. However that said, it can inadvertently result in the occasional mind dump, and I really, strongly, do not want my blog to become a negative space.

If you’ve followed me for a while you’ll have noticed that my Thankful Thursday series has been absent for a couple of months now; it’s because I was becoming seriously overwhelmed with work, and something had to give. Following a behind the scenes blog audit, I cut all series – at least temporarily.

How to Be More Positive

However, I started Thankful Thursday for my own mental wellbeing, and it has absolutely helped me become a more positive person. I recently discovered that I very likely have a particular personality disorder which responds very well to this exact treatment model. When I started reading I was utterly fascinated, because I had no knowledge of it prior to writing my weekly gratitude list – yet I can vouch for the power of being thankful. Over time, it genuinely changed my mindset from glass-half-empty to glass-half-full.

I became the positive person I wished to be but never believed I could be.

But I’m still succeptible, and whether by coincidence or because of a genuine link, in the last few weeks I’ve felt my anxiety levels rising again. I’ve definitely been more agitated and less relaxed, and that’s come through in the topics I’ve written about. So yes, I’m sorry if I’ve been a whinge bag.

You May Also Like...   Top Tips For a Positive Labour and Delivery

With all this in mind, I plan to resurrect Thankful Thursday either in its original format, or possibly with a bit (or maybe a lot) of a change. I may even start a regular vlog of our happy moments; I’m undecided. But I definitely need to bring it back in some form.

In the meantime, I want to share a couple of lovely moments from my day yesterday…

It was a long one, catching up with lovely friends and dropping off Christmas pressies. I let Pixie forgo her nap in order to squeeze everything in, and Elfin (as usual) had about four power naps lasing a measly ten minutes each.

Disaster struck when, at the top of our road at 4.25pm, Pixie fell asleep. Gah!

I carried her upstairs and, as she didn’t stir, I put her straight to bed. She’s under the weather so I suspected she’d go straight through…alas she woke up at around 7.30pm. Dammit.

Since she’d had no dinner (and I’m sometimes a soft touch), I allowed her to get up for a bowl of cereal and a Christmas film on the sofa with daddy. Elfin finally fell asleep so I took her to bed, with the intention of laying down myself… Naturally she had other ideas. *Rolls eyes*

An hour or so later Pixie joined us, and we had half an hour Girl Time, laying on mummy’s bed: playing, giggling, snuggling.

It was the best. The absolute best. It was the reason I became a mummy, and it made my week. I can’t wait for more of these special moments over the coming days, perhaps even with daddy joining as an honorary girl occasionally.

You May Also Like...   Positivity and The Power of Forgiveness

I’m also feeling hopeful and excited because I offered Elfin a bottle of water while she was refusing sleep, and she took it no problem. I used a teat with a very clever design which mimics breastfeeding and it worked perfectly! This is promising on a level only fellow exclusive breastfeeders will appreciate:

That successful bottle symbolises my autonomy.

With Elfin taking water from a bottle plus a little food now we’re weaning her, I can leave her with my mum for a couple of hours. I’ve not had that long away from her since she was born; I’ve *literally* not had two hours to myself since she arrived.

I adore my daughter (as I do her sister), but this is a huge step for my marriage as much as for myself:

Hubby and I are going on a mid afternoon date today – something unthinkable just 24 hours ago.

If you struggle with anxiety and negativity and you’re interested in how to be more positive, I urge you to try my method in 2018! Merry Christmas everyone, I hope it’s fabulous.

Practical Tips to Prepare for Self Isolation

Social Isolation and Mental Health: How to Cope Alone or With Children 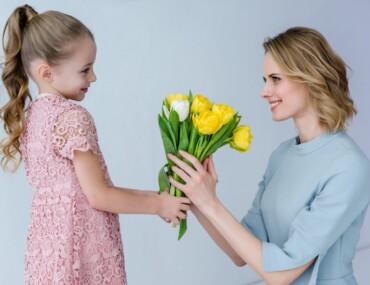 Is Kindness A Choice?