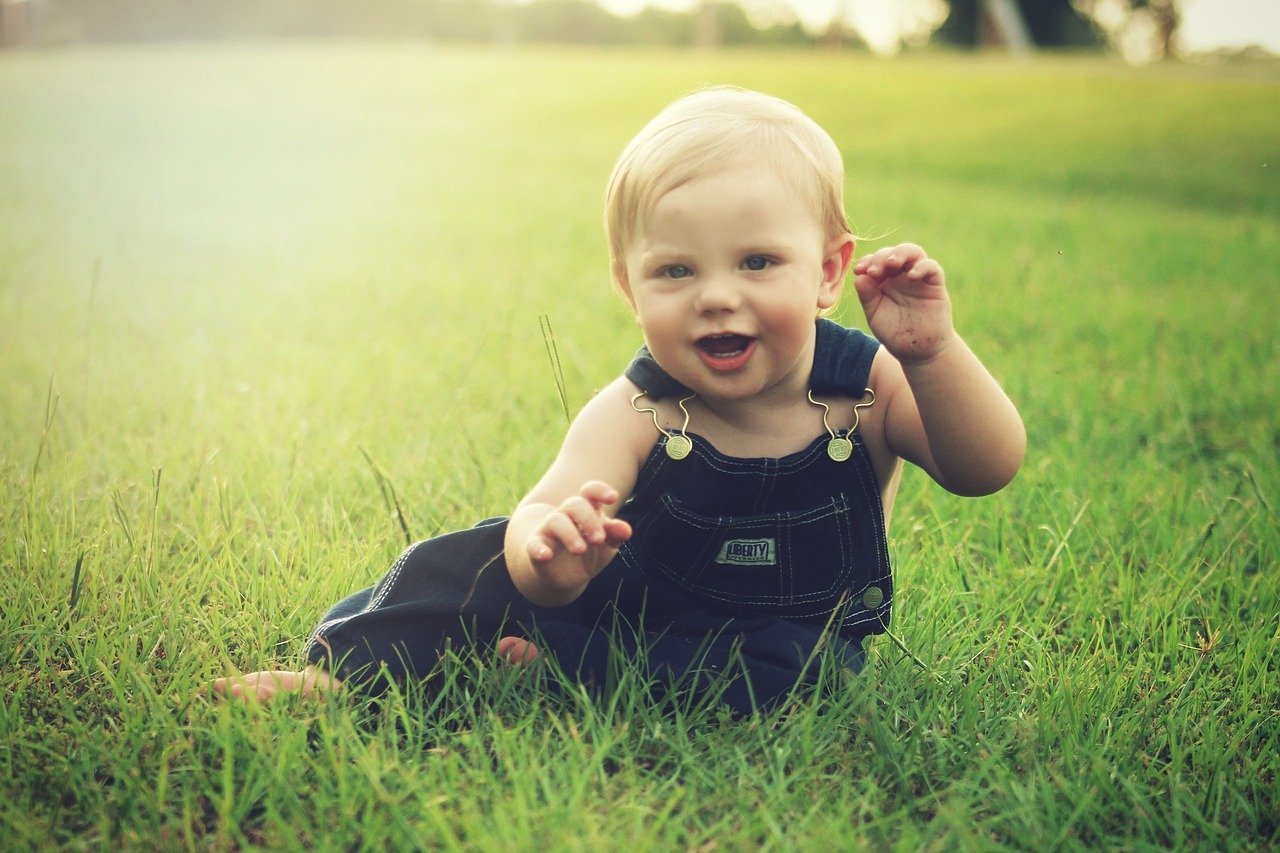 Home » How Beneficial to Development is Baby Sign Language?

We took baby signing classes with both our girls and absolutely loved them. We found it to be incredibly beneficial for their ability to communicate, which in theory led to fewer frustrated meltdowns. But some believe teaching babies to sign can be detrimental to their development. So, can baby sign delay speech? This is our experience (plus a look at some research for good measure).

My First Impressions Of Baby Signing…

I’m not a natural ‘Earth Mother’. I’d love to be, because for me she’s the ultimate figure of successful mothering. Preparing all of baby’s food from scratch and never resorting to shop bought alternatives – not even if it’s organic and raw and contains twenty different antioxidants; using cloth nappies; breastfeeding and baby-wearing and co-sleeping and NEVER losing her temper. AP all the way – without ever deviating, and with never a hair out of place.

But aside from breastfeeding and baby-wearing, and very reluctantly co-sleeping with number two, these things are about as likely as me giving up caffeine for lent. (Never. Gonna. Happen.)

It was the stuff of my pregnant fantasies, prior to giving birth to live young with minds of their own, ie. before reality hit.

When I see women who do manage all that – whilst immaculately made-up, adorning vom-stains absent from their clothing, AND appearing unflappable to boot – I can’t help fawning. You know how teenage girls hero-worship their female idols? Yep, that’s me when I encounter one of those incredibly-rare-but-very-brilliant ladies.

The nearest I’ve ever got to achieving such status is when I requested feedback from a client (who is also a very dear friend) who I’d written a first draft of copy for…whilst embarrassingly squiffy on a glass of claret. I was certain it was either genius (a modest drink gets my creative juices flowing), or total guff. She apparently found me hilarious.

You May Also Like...   Can the Gro Clock Really Improve Toddler Sleep?

I’m still not sure whether she was laughing at me for inadvertently drunk-working, or for not being able to handle a pathetic one glass of vino. She told me I’m ‘bohemian’ and I was secretly flattered… But I’m not convinced that’s the same thing as being the perfect Earth Mother. In fact it could be the antithesis. (By the way, in case you’re wondering, she really liked the piece – phew. Though it does leave me wondering what it says that I do my best writing after a glass of wine…)

So we’re clear that I’m not one of those particularly exemplary mothers (though to clarify, another adult – or my husband, at least – was present during above episode). Meaning that when I heard about sign language classes for babies, I was somewhat sceptical. I’m quite cynical about holistic health generally, and I ignorantly filed baby sign under the same banner.

Yet when I looked into the concept and theory, I found myself intrigued. And then I saw a piece on breakfast television about a deaf mother and father and how they’re able to communicate with their two children using the technique. It was fascinating. So once I had researched it enough to establish there was no proven link between baby sign and late development of speech – in fact there’s evidence to the contrary (more on this later) – I decided to give it a try.

You May Also Like...   Quinny Zapp Flex Plus Review - A Leader in the Style Stakes

I’m updating this post as a mother of two now, and I accept it’s difficult for me, as their biased mother, to benchmark their development in terms of how they compare for their ages. Suffice to say, I’ve never looked back.

As babies, both my daughters were regularly complimented on their advanced communication skills. With our eldest, those in our circle who’d previously been cynical were not just impressed, but shocked by how a child of such a young age is able to communicate their needs. And more often her desires – her most over-used sign is definitely ‘more’!

All things being equal, I’ve often wondered whether all babies would respond positively and begin communicating through sign language before they’re vocally able. Certainly I’ve seen attention and interest range between the babies in my daughters’ classes, but it’s possible that’s simply due to a difference in age and/or temperament.

But I’m convinced the greatest influence is the consistency of signing at home, which hugely impacts how quickly and confidently a baby will sign.

When we began our classes (which use Makaton signs, designed to be used with speech), I was surrounded by cynics with similar views to my own initial stance. One concern that has been raised several times is the fear of stunting language development. This never occurred to me – my personal opinion was that no form of vocabulary-learning is harmful if parents are actively encouraging speech; but since I’m no professional, I decided to do some research. So what does the evidence say?

It suggests that baby sign is actively beneficial in several important ways, in terms of linguistics, relationships, and confidence. In fact, research states that baby sign helps to accelerate language development and increase IQ.

From our personal journey, I cannot overstate the advantages baby sign has contributed to the relationship between our daughters and us as their parents. They’ve both proven in their own ways to be precocious, and I’ve no doubt that without the ability to sign and communicate their thoughts to us, they’d have been far less content (Pixie)/more difficult (Elfin).

I’m confident also that this communication is a large part of the reason my husband has bonded so firmly and quickly with our daughters (and vice versa). And that is incalculable.

It’s incredible how quickly sceptics will be brought round, simply by allowing your baby to interact with them. (I’ve found it most satisfying to passively win this argument – I try not to be overtly smug, passing it off as pride instead.)

Baby sign is an incredibly compelling technique with which to teach, play, and bond with your young child. And watching their comprehension take shape almost as soon as they begin to engage with the world around them is unfathomable and delightful.

Does your baby sign? Have you found it as positive as we have? Let me know in the comments!

Do You Have to Be a Jedi to Transfer A Sleeping Baby?

Breastfeeding and Alcohol – Everything You Need to Know